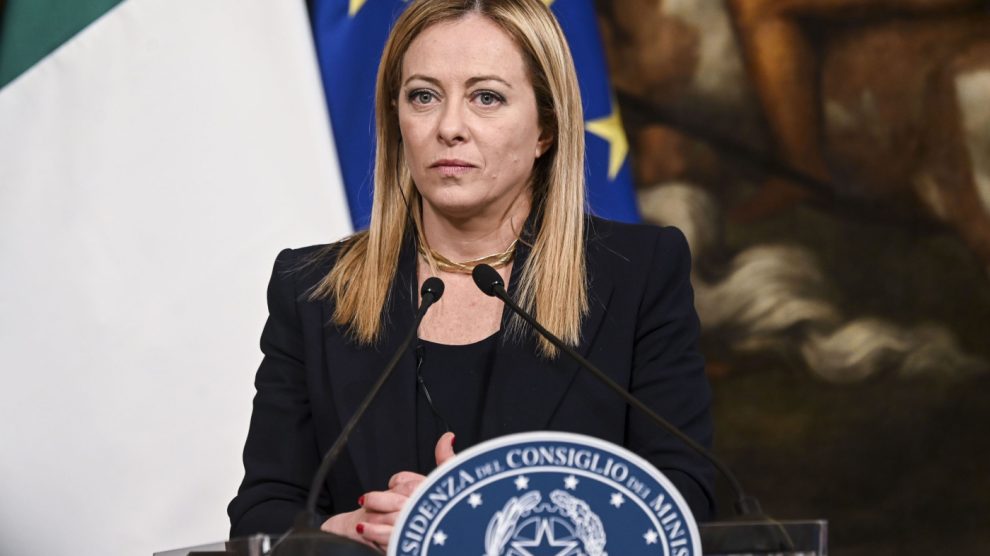 After Berlin dropped its resistance to sending heavier military equipment to Kyiv, the Italian leader linked up with her French, German, UK and US counterparts to take stock of the situation in the invaded nation and coordinate supplies

The five-way call. On Wednesday afternoon, Italian Prime Minister Giorgia Meloni spoke over the phone with US President Joe Biden, French President Emmanuel Macron, German Chancellor Olaf Scholz and British Prime Minister Rishi Sunak “as part of the close Euro-Atlantic coordination on support for Ukraine,” according to an official readout.

Scholz’s hold-up is over. This critical development comes after weeks of debate among Ukraine’s allies on whether to expand military aid to include battle tanks. Germany’s Chancellor became the last leader to resist this development until this morning’s U-turn when he announced he would deliver Leopard 2 tanks to Kyiv.

Biden’s thanks. Shortly after, the US president gave a presser – flanked by Defence Secretary Lloyd Austin and State Secretary Antony Blinken – to officially announce the delivery of 31 top-of-the-line Abrams tanks to Ukraine. He also took stock of the allies’ efforts, noting each and every logistical contribution.