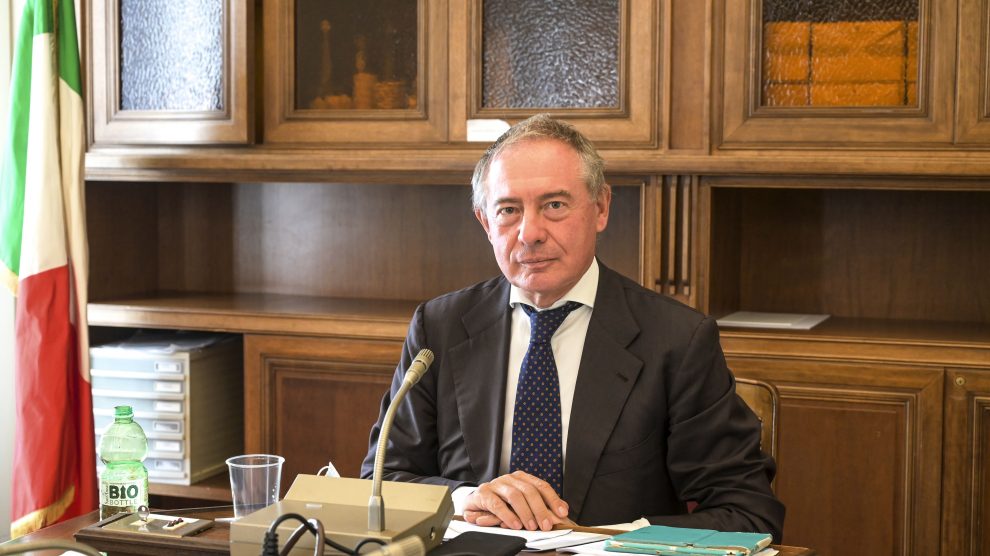 Jihadist terrorism is still looming, according to a new report by the Italian Parliament’s intelligence watchdog, which maps out why national legislation on deradicalisation, along with better European cooperation, is increasingly urgent

Jihadist terrorism remains a looming danger and national legislation on deradicalisation, together with better European cooperation, is increasingly urgent. This much was stated by COPASIR, the intelligence watchdog committee within the Italian Parliament.

The body released a report detailing the plan for “a more effective enforcement action to combat the phenomenon of jihadist radicalisation,” which is also based on the hearings carried out after NATO’s withdrawal from Afghanistan.

COPASIR’s president, Adolfo Urso, explained that new measures and lines of intervention have been identified to “accentuate the effectiveness of preventive action.” These may be implemented alongside measures “of a repressive nature” that are already enforced today.

The report (whose speakers are Enrico Borghi, Democratic Party, and Federica Dieni, Five Star Movement) is an in-depth study that follows the hearings of the Interior and Justice Ministers, the Chief of Police and the Commander of the Carabinieri police force, as well as the directors of the internal and foreign intelligence agencies.

Repressive action is not enough, multiple tools are needed. Thus, as the speakers write, “prevention, repression and cooperation are the areas where to act with effective, far-sighted and integrated interventions” in order to combine the micro (i.e. the individual) with the macro (social/cultural mechanisms). According to the authors, “this is the only way to implement effective prevention techniques in the fight against terrorism.”

Countering terrorism in Italy and across Europe

In its report, the committee underscored “the urgent and no longer deferrable need” to enact laws providing Italy with the capacity to counter the growing phenomenon of jihadist radicalisation more incisively.

“Deradicalisation is a full-fledged counterterrorism policy, it’s a real security tool for controlling and reducing the subversive threat and recruitment of European citizens by terrorist organizations,” reads the report. The internet is the crucial battlefield, but schools, prisons and meeting places are also key areas.

COPASIR proposed to criminally prosecute even the simple possession of propaganda material. This is currently unsanctioned in Italy, but such a measure could be modelled after the law on the possession of child abuse material. The aim is to “intervene promptly on radicalised subjects” even if they have not yet committed a crime.

Furthermore, the report tackled the improvement of European collaboration (in addition to the contributions that EU member states send to the Europol Intelligence and Situation Center). The committee recalled that the European Commission will soon produce “a Police Cooperation Code.” This measure is geared towards improving cooperation and providing for the creation of a network of operators, including Europol, who will conduct investigations at the financial level in order to hit the flows that finance terrorism.

The murder of British MP David Amess on October 15th was a recent instance of terrorism. Europol reported 10 jihadist attacks in 2020 Europe, with 12 dead and 47 wounded. Young age is a significant trend: of the 254 arrests overall, 87% were males aged 31-32.

Italy is in a much better situation than other states, due to the small dimension of Islamic communities and well-integrated third generations. Still, there were 71 expulsions for security reasons between August 1st, 2020 and July 31th, 2021.

Drawing from the latest report from the Interior Ministry, the COPASIR paper cites the presence of 144 foreign fighters, even though it is known that most of them are dead and that only a dozen are constantly monitored on Italian territory.

The situation in prisons

Of the 60,000 detainees in Italy, 20,000 are foreigners. 13,000 come from Muslim countries and 8,000 declare themselves Islamic. This data comes from a report by the European Foundation for Democracy and the Nomos Center for Parliamentary Studies, titled “Understanding Jihadist Radicalisation. The Italian case.”

According to the Department of Penitentiary Administration, whose most recent data dates back to October 15th, 313 inmates were monitored and divided according to danger levels. 142 were considered high-risk, 89 medium and 82 low. Algerians and Moroccans are the most represented, with 27.1% and 25.8% respectively.

The need for a response

The report stressed that it’s “essential to understand the path through which people adopt beliefs that justify violence, and how they translate thought into violent behaviour.” In the process of radicalisation, several steps take on special importance, such as potential mobilisation – whereby subjects with the same set of beliefs take on different roles and perform different types of actions – and recruiting networks.

The risk of “lone wolfs” (individual actors) was reiterated in another recent parliamentary paper, which describes how the jihadist threat in Europe is characterised by “predominantly endogenous and unstructured traits, which translates into autonomous activations on behalf of subjects which – in the majority of cases – are not linked with terrorist groups, but rather influenced or inspired by them.” Internet and prisons are the main “places” where proselytism happens.

The 2015 anti-terrorism decree and the 2016 ratification of international conventions are fixed points in the Italian legislation. At the European level, a law was approved last May to combat the spread of terrorist content online and to collaborate with website operators to remove that content.

The COPASIR report recalls that Countering Violent Extremism (CVE) programmes have been active across the West for several years, unlike some Islamic countries. Great Britain, Denmark, Holland, Sweden, Norway, Germany and Canada employ them to recover deradicalised Muslims and reintegrate them into society.

In the accompanying note, President Urso underlined his committee’s wish to be able to audit Prime Minister Mario Draghi on the outcome of the 2021 G20, led by the Italian presidency. This edition of the series of high-level summits, which is nearing its end, saw “the examination of international politics, security and defence.”