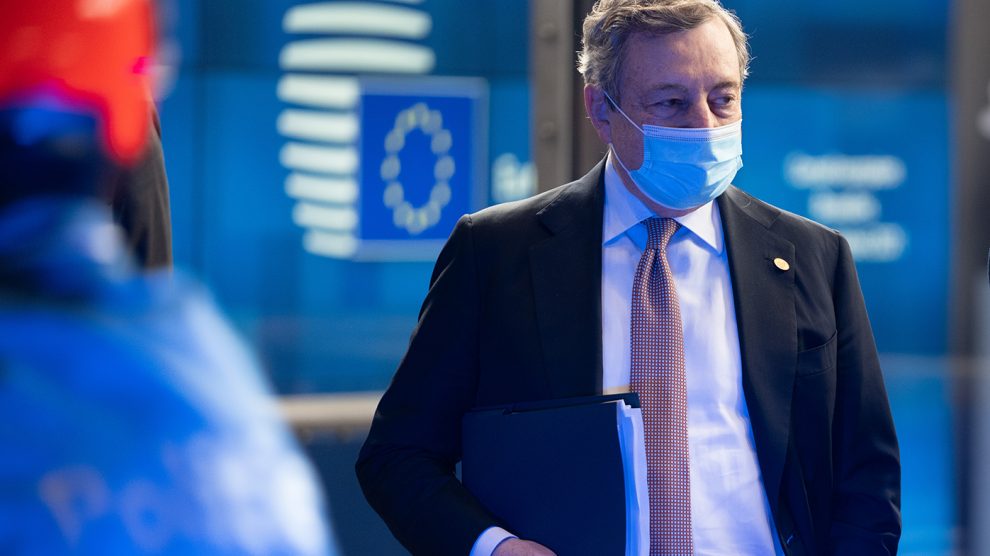 The Italian PM’s brand of pragmatic multilateralism - and his possible role as the new European centre of gravity - will be thoroughly tested at the final G20 Summit in Rome this weekend. And while Russia and China tend to disengage, the breadth of global challenges is requiring countries to step up. Here’s a rundown

The world’s major economies are poised to converge on Rome for the final G20 summit. The working meetings of the heads of state and government will run on October 30 and 31 and culminate in a joint communiquè, supposedly setting out a set of shared aims and cooperative paths to reach them. But amid conflicting world views and a few missing leaders, the road is uphill.

G20 member states – along with other nations and international institutions – have worked throughout the year upholding the “people, planet prosperity” slogan as their North Star to navigate the plethora of issues facing the modern world: the pandemic, global vaccination and economic recovery efforts, as well as climate change and international crises (Afghanistan above all). Meanwhile, the relationships between democratic and autocratic global powers are souring.

The latter point will undoubtedly be among the toughest nuts to crack. The Italian Prime Minister, Mario Draghi, is aiming to foster a joint, truly multilateralist answer to the multilateral issues. At the same time, he champions Atlanticism and Europeanism as his foreign policy compass. And although he’s uniquely positioned to heighten Italy’s influence in the European sphere – what with German Chancellor Angela Merkel on her way out and French President Emmanuel Macron facing re-election in less than six months – his credentials are not winning over Russia and China.

There’s an underlying reason for that. Both Moscow and Beijing often uphold multilateralism as an alternative to the Western-led world order, where their autocratic ambitions are met with condemnation and sanctions. And yet, when push comes to shove, neither truly engages in multilateral forums because they reject mediation with the West on issues such as human rights and the limits of national sovereignty.

It’s no coincidence that both the Russian and Chinese Presidents, Vladimir Putin and Xi Jinping, will not attend the Rome summit. The same playbook was employed two weeks ago when Mr Draghi oversaw an extraordinary G20 summit on Afghanistan and emphasised the need to include key regional players – such as Russia, China and Pakistan – to support meaningful action and avert a humanitarian catastrophe in the making.

Messrs Putin and Xi skipped the meeting, opting to send lower-ranking representatives, and the former even announced an alternative talk in Moscow, to be held a week later and featuring the as-of-yet-unrecognised new rulers of Afghanistan, the Taliban. And while both the EU and the US announced extra humanitarian funds, adding up to over €1 billion, Russia and China rowed in the opposite direction, towards unfreezing internationally-held funds and financing for the Taliban.

Climate and the pandemic

Something similar is happening on the environmental front. The G20 will function as an unofficial prelude to next week’s COP26 climate conference in Glasgow, which scientists are calling humanity’s “last chance” to adopt tougher mitigation measures and keep global warming from entering the worst-case tier. Messrs Putin and Xi have elected once again to not be there in person; as their countries belong to the list of those who failed to sufficiently strengthen their climate pledge, their absence is both sobering and unsurprising.

On the other hand, the West is presenting a more coordinated and ambitious front on most issues, from climate change to Afghanistan and the pandemic. The President of the European Commission, Ursula von der Leyen, has already declared that the bloc is set to ship an additional 500 million doses to vulnerable countries. She added that “other countries must come forward,” which is why she is “work[ing] closely with Prime Minister Draghi and President Biden to gather G20 leaders next week at the Rome summit behind the ambitious goal of defeating the global pandemic.”

Of all places, Italy is on the global frontline with regard to Covid. Not only is the country among the most vaccinated (more than 86% of over-12s have had at least one jab), its implementation of a sanitary “green pass” to access workplaces is a world-leading effort. This did not occur without troubles; anti-green pass manifestations are occurring regularly, and although they tend to be relatively small and contained, one of them turned violent due to extreme-right rioters.

The symbolic meaning and mediatic attention around the Roman summit could elicit a mixture of anti-establishment protests, ranging from the far left to the far right and encompassing anarchic, no-global and black bloc protesters. Following that episode and the intelligence community’s warnings, the Interior Ministry elected to increase security measures and took a harder line against potentially dangerous protests.

Only safe, static and far-away manifestations will be allowed in the upcoming weekend. Security will be guaranteed by over 2,500 personnel and a range of on-the-ground, below ground and online monitoring operations. The “red zone” where world leaders will gather will be protected by anti-drone systems and no private vehicle will be able to drive there. The government’s directive is clear: Rome must prove a safe and tranquil hub for the summit.