Home » How the Kremlin attacked Italy over an op-ed 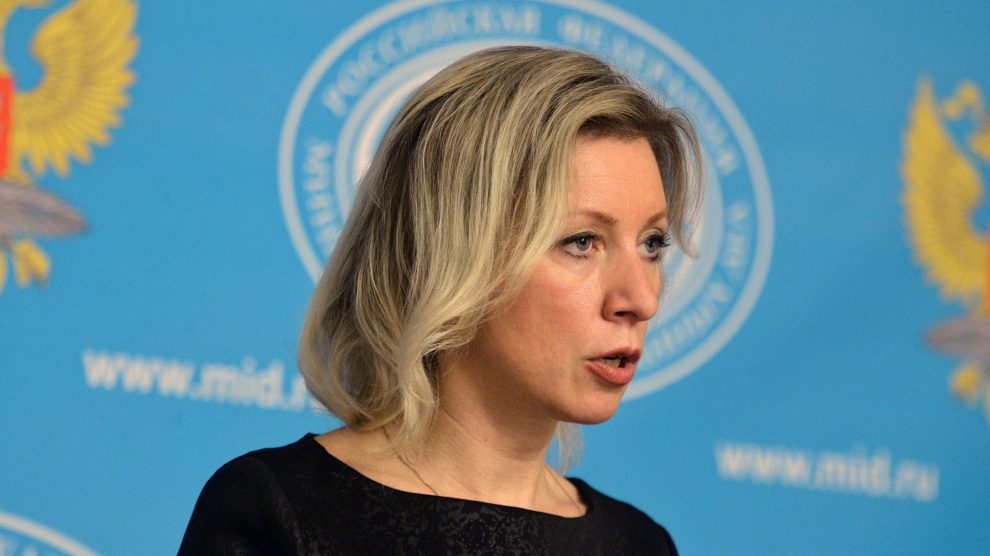 The Russian Foreign Ministry directed a barrage of insults at Molinari, head of major Italian newspaper Repubblica, following an op-ed on Putin’s manoeuvres in Europe. But in denying accusations, the Kremlin confirms its whole line, from Ukraine to natural gas

What if press freedom was a matter of perspective? The Russian government lashed out against Maurizio Molinari, editor-in-chief of the major Italian daily La Repubblica. According to Maria Zakharova, spokeswoman for the Kremlin’s Ministry of Foreign Affairs, a recent op-ed penned by the former and titled “Putin’s grip on the European Union” is “a delicious absurdity”.

In his piece, Mr Molinari examined the fronts of tension between Europe and Russia: the migrant crisis in Belarus, used by dictator Alexander Lukashenko as a means of pressure against the EU; the manoeuvres of 90,000 Russian soldiers near the Ukrainian border; the gas game, with Gazprom’s Nord Stream II pipeline now completed. Russian President Vladimir Putin poses a “hybrid threat,” wrote the journalist, geared at “generating parallel crises to grip the European Union in a vice.”

Moscow did not like the analysis in the slightest. It is not every day that Foreign Minister Sergei Lavrov’s influential spokeswoman produces a wall of text to “refute” the editorial of a foreign newspaper. In her long dissertation, Ms Zakharova alternated lessons in journalism with hard-hitting attacks on Mr Molinari and Repubblica. Here’s a selection: the latter’s article is nothing but a “shameful mission,” a “claptrap,” “nauseating slander,” “shameless lies,” “an illusion” built to “get into the good graces of Russophobic politicians.”

Among insults, the spokeswoman laid out out a veritable manifesto of President Putin’s foreign policy – which does not seem to contradict Mr Molinari’s reconstruction at all. For instance, when Molinari pointed out how the massing of Russian troops in Yelna, 260 kilometres from the Ukrainian border, recalls the situation preceding the 2014 invasion of Crimea, Ms Zakharova did not deny it. In fact, she stood by it.

“I really liked the expression ‘keep him in check’ that you (Mr Molinari, ed) use in reference to Russian policy in Ukraine and personally to Vladimir Zelensky,” she wrote. “First of all, it is a beautiful expression. Secondly, I don’t recall chess being banned, do you? Or is it so only if the Russians don’t win?.”

Or again, when the newspaper’s director reminded readers of the obvious, namely that Nord Stream II “will increase Europe’s dependence on Russian gas imports,” the spokeswoman breaks into invective: “Dr Molinari, you don’t like Russian gas? Very well. I have a great idea: in protest, Maurizio should heat his house with copies of La Repubblica.”

The harsh tones are reminiscent of those the Russian Ministry of Defence used against a special issue of La Stampa – another major Italian daily, which Mr Molinari himself directed back then. It focused on Russian influence operations in Italy at the height of the pandemic’s first wave, such as the shipment of Russian military-virologists in the Northern city of Bergamo and the Russian military tanks parading along a major Roman street, along with officers of the Russian secret services in the diplomatic delegation. It was April 3, 2020, and a furious Igor Konashenkov, Russian General of Defence, signed off a deluge of insults with an eloquent warning: Qui fodit foveam, incidet in eam, “whoever digs a grave for the next person will end up in it first.”

Ms Zakharova’s response was met with considerable success in the Italian Russophile social media bubble. The Russian Embassy in Rome’s tweet linking to her piece garnered nearly 800 retweets in less than a day, many of it from anonymous contacts – most likely trolls – lashing out at Mr Molinari. The article had an uncommon resonance: according to CrowdTangle, a Meta-owned social analysis program, it reached an audience of one million people through Facebook alone.

Innovation between Italy and the UAE. Di Maio flies to Dubai (after DefSec Austin)
The Quirinal Treaty: how Italy and France are working towards the post-Merkel era