Home » Russia is behind Libyan elections delay, says US 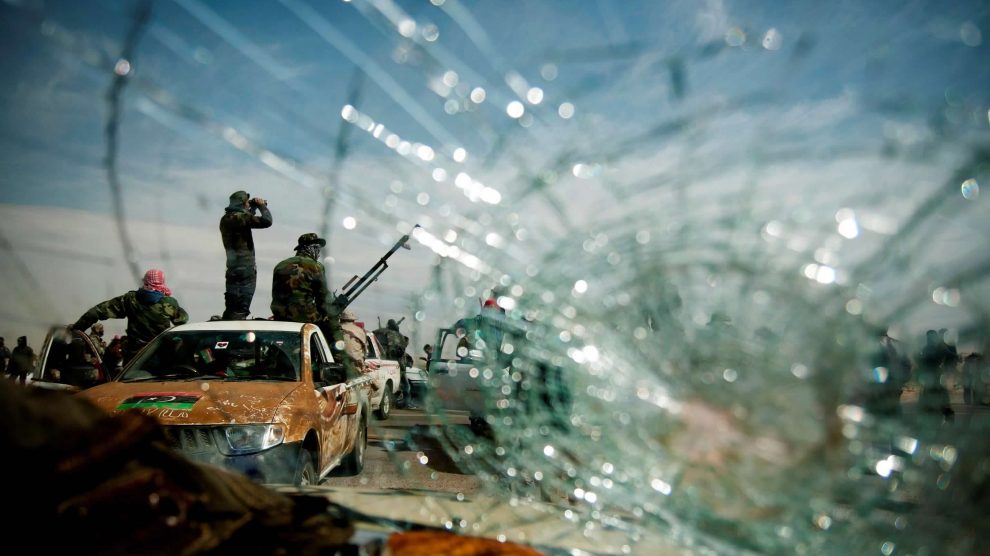 Washington insiders point the finger at Moscow over the North African country’s postponed elections, believing it’s a strategy to destabilise the Sahel region

Washington sees Moscow’s long hand behind the derailment of the electoral process in Libya, where presidential and parliamentary elections were scheduled for December 24, 2021, but won’t be held until June 2022.

Sources with knowledge of the matter say the US is pointing the finger at Russia, which is accused of operating in Libya as part of the destabilisation project that extends from Ukraine to central Africa, embracing the red-hot Sahelian region.

Moscow’s actions have resulted in its support of Saif al-Islam Gaddafi, son of the former Libyan leader, whose candidacy triggered the electoral turmoil.

Russia has no interest in the vote and, above all, in the formation of a strong, unitary and widely legitimised government. In short, one capable of demanding the withdrawal of foreign troops from the country.

Maintaining the status quo – as the Americans say – ensures the presence of Wagner Group mercenaries, the powerful war machine headed by Yevgeny Prigozhin, believed to be very close to Vladimir Putin.

If nothing changes, they may continue their penetration towards the country’s south. In fact, the company’s military contractors are already achieving significant strategic results in the region – in Libya, in Mali and other areas of the Sahel, as well as the Central African Republic and Mozambique.

Therefore, cementing their presence in Libya entails completing the creation of a corridor towards the southern shore of the Mediterranean, on NATO’s southern front. The US has been voicing this fear since 2019 when Wagner mercenaries (along with others) entered the country to fight alongside Khalifa Haftar in the third Libyan civil.

According to the American thesis, the Russians are very adept at slipping in where there is a power vacuum. They can then interfere from within on the political and military level and in the infosphere through cyber attacks.

Wagner is in Mali because “the government in Bamako believes there is a risk of terrorism, the French are leaving, the Europeans and Americans are not arriving; so, they call Wagner”. But in truth, the entire Sahel area becomes a “risk factor” because the Russians are entering all these power vacuums.

According to US observers, the priority for Wagner is not to fight terrorism but to make money and project Russian influence. Moreover, standing by the American view, the Russian actions in Libya are consistent with the narrative by which Moscow is ready to invade Ukraine.

“What is happening in North Africa is intimately linked to what is happening in Ukraine and other areas where Moscow wants to exert its sphere of influence. That is, to pursue its interests, to show some power through muscular evidence, and to put the West and NATO on a defensive stance.”

Russia might do this by becoming active on the Alliance’s southern front as the situation in Ukraine becomes hotter, positioning itself at every critical point, just as Syria has been. “Suffice it to see what is happening in Kazakhstan now, where the Kremlin’s rhetoric – indicating Washington and NATO agents as the causes of the protests – is rampant, and where Moscow is now deploying men and vehicles it will maintain for a long time,” the sources claim.

“Furthermore, destabilising Mali, Mauritania, and other countries will generate tens of thousands of new migrants fleeing. That’s a potentially deteriorating factor for the European Union, which is seen as the other rival along with NATO and the US.”

Although Turkey is not that hostile to the idea of maintaining the status quo, Washington doesn’t believe Ankara has played an active role in blocking the Libyan electoral process – it’s not enthusiastic about it, of course, but it can skilfully govern it in other ways.

How, then, to stop this operation? On the one hand, according to the US, preventing Wagner from slipping into the vacuum that exists in southern Libya and the southern borders will require a Western presence in those areas. Diplomatic presence, along with aid and NGOs, which should avoid focussing solely on Tripoli and Benghazi and allow the Libyan authorities to regain control.

On the other hand, the electoral process must resume immediately so as to reach the formation of a strong and unified government that will raise a barrier against foreign troops. Therefore, stopping Moscow entails stopping Saif Gaddafi. According to the US, this can be done by presenting a list without him, “the most divisive candidacy there is,” the one that risks turning the elections into a referendum on the February 17 revolution that caused Muammar Gaddafi’s ousting.

Here, however, we come back to the issue of the electoral law. That is, the regulatory framework conceived and strongly desired by the president of the Parliament in Tobruk, Aguila Saleh, which purposefully creates confusion in defining the very criteria for the admission of candidates, as in the case of young Gaddafi.

This issue clearly demonstrated the fragility of the December 24 election premises. As Italy pointed out, that vote was necessary, but in order to be useful and truly shared it had to take place under acceptable conditions and guarantees by intervening on the electoral law. A different position from that of France and Egypt (sponsors of Cyrenaica), who supported the vote regardless, driven as they were by the belief of being able to collect the result that wasn’t achieved through the war.

The US bears responsibility, too, since it has sided with the Parisian line in the past. Washington is now betting everything on the return of Stephanie Williams (who has always been sceptical of Mr Aguila’s law) in the role of special advisor to UN Secretary-General Antonio Guterres.

Ms Williams is the only one capable of relaunching the roadmap towards the vote by reworking the electoral law. However, due to technicalities and in the best-case scenario, that process will take place only after Ramadan – that is, not before June 2022.

Unpacking the US freeze of Egyptian military aid
Italy should stand up for Ukraine, says Fiona Hill