Home » Italy should stand up for Ukraine, says Fiona Hill 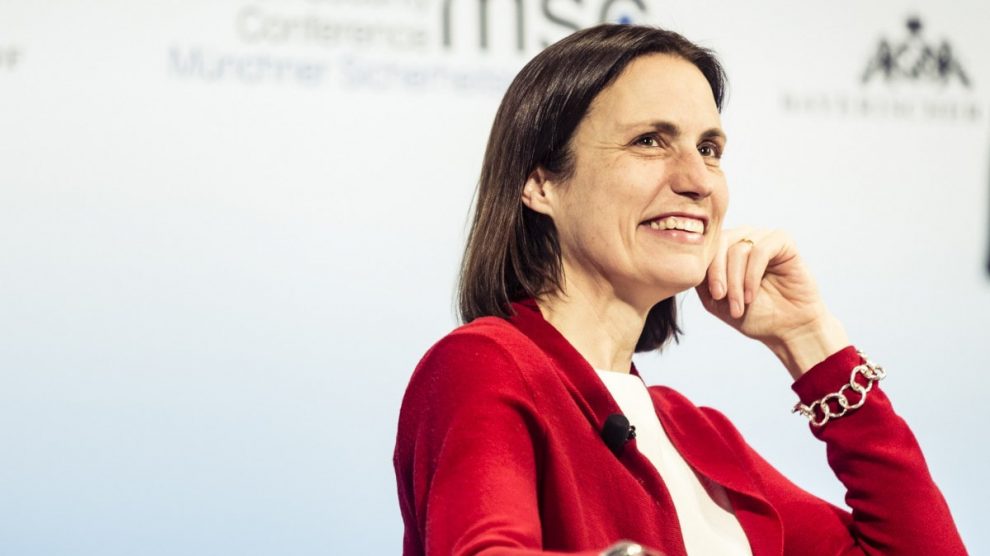 The Russia expert and former White House adviser believes a tougher stance against the Russian threat in Ukraine would make a difference. Despite the Ministry of Foreign Affairs' work and the solid link with the US, Moscow believes it can separate Italy from NATO

Fiona Hill, among the most respected experts on Russia in the US and formerly at the top of the National Security Council in the Trump administration, has a message for Italy: “[Prime Minister] Mario Draghi should say a word about the crisis in Ukraine.”

As the voting to elect Italy’s next president begins, another emergency requires the attention of the Italian government and its leader. This crisis isn’t entirely independent from the election – to which, according to the papers, PM Draghi can aspire.

In Ukraine, on the eastern flank of Europe and NATO, the winds of war are blowing. In spite of diplomatic contacts – and as we wait for the Paris summit between diplomats at the Normandy Format talks on Tuesday – the American intelligence still deems the Russian military invasion a very real possibility. A matter of days, weeks at most, before Russian President Vladimir Putin makes his move.

“I think a firm [Italian] response to this would be particularly important,” Ms Hill told Decode39, adding that the current “back-pedalling of commentary” on behalf of European leaders isn’t very helpful. “I would say that just like the President of Finland Sauli Ninistö, Mario Draghi has an awful lot of weight in Europe,” she added.

Ms Hill has an intimate knowledge of Russia, having lived there for years and studied Mr Putin and his palace before serving in the White House in 2016. She then became the face of Kievgate, the case that began the slow downfall of the Trump administration.

Today she is observing Europe from the Brookings Institution. And she wonders why, as Russian tanks begin to surround Ukraine, no clear public stance has come from the Italian PM as of yet.

Ms Hill hoped in “a very clear, strong statement from Mario Draghi and the Italian government, in defence of Ukraine’s independence and sovereignty, the importance of unity, the fact that what Russia is doing carries broader ramifications, working very closely with France and Germany” and beyond.

Truth be told, Italy has never abandoned the dossier. In the past months, Palazzo Chigi and the Kremlin have maintained a direct, leader-to-leader telephone line open. On the Italian PM’s desk lies an invitation to Moscow in 2022. And Mr Putin himself in December hoped that the country would play an active role in “normalizing relations between Russia and the EU and even Russia and NATO.”

That mission continues to see the Italian Ministry of Foreign Affairs in the foreground, even on the latest developments in the Ukrainian crisis, as demonstrated by the constant contacts and shows of harmony between Foreign Minister Luigi Di Maio and US Secretary of State Antony Blinken, and the latter’s reference to Italy’s “essential role” in “ensur[ing] the continent’s security.”

Nevertheless, Ms Hill remarked that Washington’s feeling is that European allies are moving in no particular order. Emmanuel Macron speaks of European autonomy; Chancellor Olaf Scholz chooses caution. What’s more, the Russians do not expect an Italian intervention, she continued. They hope that friendly countries in Europe will not favour exceedingly harsh sanctions, and Italy is no exception.

We witnessed as much when the head of the Kremlin’s press office, Maria Zakharova, replied to an editorial by Repubblica’s editor Maurizio Molinari. An especially violent response at that, betraying the Russians’ thinking: they believe Italy can be intimidated and separated from the rest of NATO and the EU, noted Ms Hill.

Conversely, her Brookings colleague Constanze Stelzenmüller recalled the PM’s end-of-year presser, relaunched by the Financial Times, shortly before Christmas. Reading between the lines of what looked like “a fairly straightforward repudiation of American warnings”, the expert saw him pointing at Europe’s high vulnerability and the need to address it.

“I think it’s a fairly reasonable proposition,” she continued, as the question of vulnerability “ought to weigh heavily on the minds of those designing sanctions and trying to preserve political cohesion over it.”

Russia is behind Libyan elections delay, says US
A portrait of Lord Edward Llewellyn, the UK’s new Ambassador to Italy