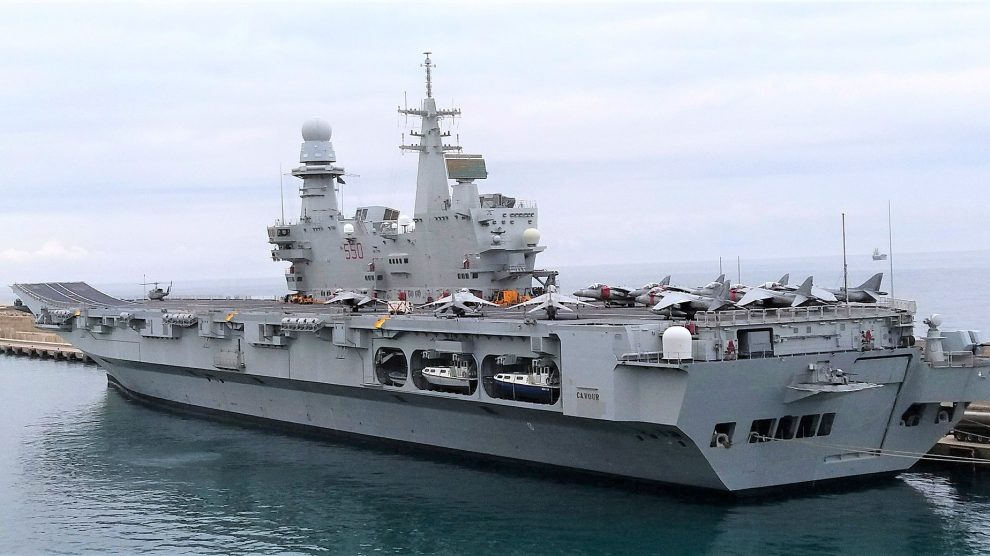 From policing the airspace over Eastern Europe to patrolling the Mediterranean, Italy devotes significant military resources to transatlantic defence and international security. But this commitment often remains unknown, especially when it comes to national public opinion

Italy’s contributions to NATO defence are fundamental to the organisation’s success, though they are seldom recognised or valued. Elisabeth Braw, senior fellow at the American Enterprise Institute (AEI), writes in DefenseOne that amidst growing tensions around Ukraine and Moscow’s increasingly aggressive dialogue, we have heard “less, if anything” about Italy’s commitment to defence – arguably because international media has focused on the various supplies of military equipment sent by NATO countries to Kiev, largely ignoring Italy’s long-standing contributions.

Italy is the only EU member to deploy both an aircraft carrier and F-35s for international security purposes, continuously policing the skies over the Black Sea and patrolling the Mediterranean from the Cavour carrier. The country also recently concluded a NATO air policing mission in the Baltic. Overall, Italy currently deploys over 9,000 military personnel on 34 international missions in 21 countries, an effort that has “largely gone under the radar”.

Tension in the East

Amidst the growing risk of a full-scale Russian invasion, Eastern Europe is strengthening its defences to deter conflict and remain prepared for further escalation. Italy has been at the forefront of these efforts, with the Eurofighters of its Air Force patrolling Romanian skies alongside their colleagues in Bucharest and Berlin, who are also a part of NATO’s “enhanced” air policing mission.

Encompassing airspace near the Black Sea and Moscow-annexed Crimea, this area is currently one of the most dangerous in Europe. Likelihood of a Russian landing on the southern coasts of Ukraine has risen as Russia strengthens its fleet, which has six amphibious landing units in the Mediterranean.

As Eastern European airspace grows increasingly contested, the control and surveillance function of NATO air missions has become increasingly important. In 2021 alone, NATO jets carried out some 370 scrambles (rapid take-offs to intercept and identify an unknown aircraft), more than one per day. Most of these took place in the Baltic region and 80% of the time they involved Russian aircraft that were violating, or nearly violating, transatlantic air territory.

Despite Italy’s best efforts to participate in Atlantic and international security, its commitment arguably goes unnoticed, particularly by its own people. “In Italian politics, there is a long history of talking about peacekeeping soldiers,” said General Vincenzo Camporini, former Chief of Defence Staff, reached by Ms Braw for comment.

As DefenseOne notes, the country’s political culture remains averse to discussing military realities, so it is unsurprising that the crucial role of Italy’s armed forces in NATO’s collective defence is not prioritised. However, though veiled by a degree of internal (and foreign) indifference, the author highlights that Italian contributions to crucial NATO missions are far from marginal.