Home » Not so Russian anymore: Italy closes ranks with Western allies over Ukraine 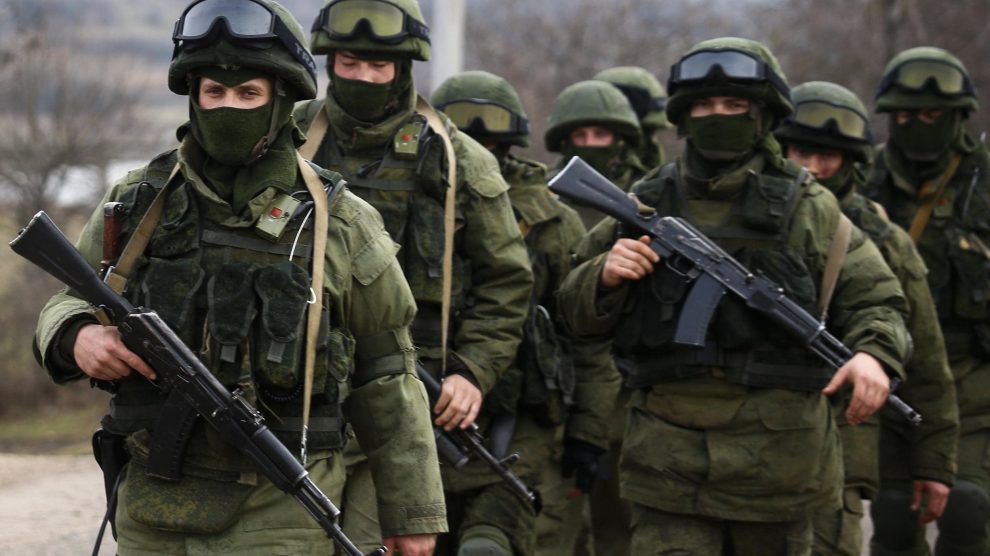 Both PM Draghi and FM Di Maio condemned the Kremlin’s decision to escalate the Ukrainian crisis. Despite its perceived reluctance on the issue, Rome is ready to join its allies in adopting countermeasures – and its Russophile sympathies are diminishing in strength. Here’s a record-setting rundown on Italy’s line

“First of all, I want to express my strongest condemnation for the Russian government’s decision to recognise the two separatist territories in the Donbass. This is an unacceptable violation of Ukraine’s democratic sovereignty and territorial integrity.”

On the day after Vladimir Putin’s decision to recognise the independence of two Moscow-backed separatist regions, a step that dramatically escalates the geopolitical confrontation between the Kremlin and the West, Italian Prime Minister Mario Draghi used his first public appearance to clarify Rome’s stance on the issue.

Italy has been receiving some backlash from some of its allies, who believe that it had gone soft on Russia. As remarked by the Wall Street Journal’s editorial board, Mr Draghi’s indication that western sanctions should leave out energy – being as it is that Italy depends on Russian gas – signalled the country’s wavering resolve and potentially weakened the impact of western countermeasures.

The former ECB chief did toe an extremely pragmatic line, to the point of appearing to play into Russia’s hands. But the energy remarks overshadowed an unchanged, underlying commitment. Militarily, Italy continues to support, and even lead, NATO initiatives. And politically, Rome has never shifted from its two-track approach: keen to pursue a diplomatic solution, but ready to react – alongside its allies – to a Russian escalation.

The Italian PM made a point of repeating as much on Tuesday morning. “I am in constant contact with our allies to find a peaceful solution to the crisis and to avoid a war in the heart of Europe,” he said. “The path of dialogue remains essential, but within the European Union we are already defining measures and sanctions against Russia.”

Mr Draghi’s remarks followed those of Foreign Minister Luigi Di Maio, who condemned the Kremlin’s decision to recognise “the so-called separatist republics of Lughansk and Donetsk” as a “violation of the Minsk agreement” – under which Russia had acknowledged they belonged to Ukraine – and “a serious obstacle for a diplomatic solution of the crisis.”

Notably, Mr Di Maio did not eschew the elephant in the room. “After this evening’s decision, we must discuss the sanctions to be applied to Russia. No hesitation, the European and Atlantic partners must act in a united manner,” he told the press on Monday night.

US President Joe Biden approved a first round of (limited) sanctions on Monday evening, shortly after Mr Putin’s decision to de facto invade Ukraine. A number of other States, including Australia, Canada, Japan, South Korea and the United Kingdom, signalled their intentions to follow suit.

Meanwhile, the EU announced it will table its first round of sanctions on Tuesday afternoon. German Chancellor Olaf Scholz – who’s also been accused of backpedalling on the West’s response to the Kremlin’s aggression – offered a preview by halting the certification of the controversial Russian-German gas pipeline Nord Stream II.

In late January, a poorly-timed industrial conference between Mr Putin himself and several Italian CEOs triggered the Italian government’s immediate distancing, but did not fail to make global headlines. The episode resurfaced – and was read in light of – the historical, cultural and economical entente between Italy and Russia.

This closeness had also impacted politics; namely, after Russia’s invasion of Crimea in 2014, Rome advocated for lifting the sanctions against Moscow. But PM Draghi and his government have adopted a wholly Europeanist and Atlanticist line, in spite of the strong Euroscepticism and anti-Atlanticism that pervaded the last elections in 2018.

The very existence of Mr Draghi’s government testifies to the dramatic changes undergone by the Italian political establishment because of the Covid pandemic and the EU’s Recovery Plan. Italian parties have come a long way under these history-shaping forces, and this includes even the most extreme among them.

The clearest example is the League’s arc. In 2017 the centre-right, nationalist party signed a cooperation agreement with Putin’s United Russia party. It also led efforts to improve relations with Russia, both in Italy and the EU.

However, its leader Matteo Salvini (who entered Mr Draghi’s government) has decidedly toned down his pro-Russia rhetoric. And within the European Parliament, the League has performed a fully-fledged U-turn, consistently supporting the EU’s efforts to counter Russian aggression since Russian opposition leader Alexei Navalny was arrested.

The industrials’ meeting in January does reveal the continued existence of a transversal pro-Russia front, if only on the economic side of things. But its ability to influence Italy’s political direction has waned, as the government’s reaction suggests.

Italy stands with Ukraine. Here’s how
Italy, a hidden cornerstone of NATO defence