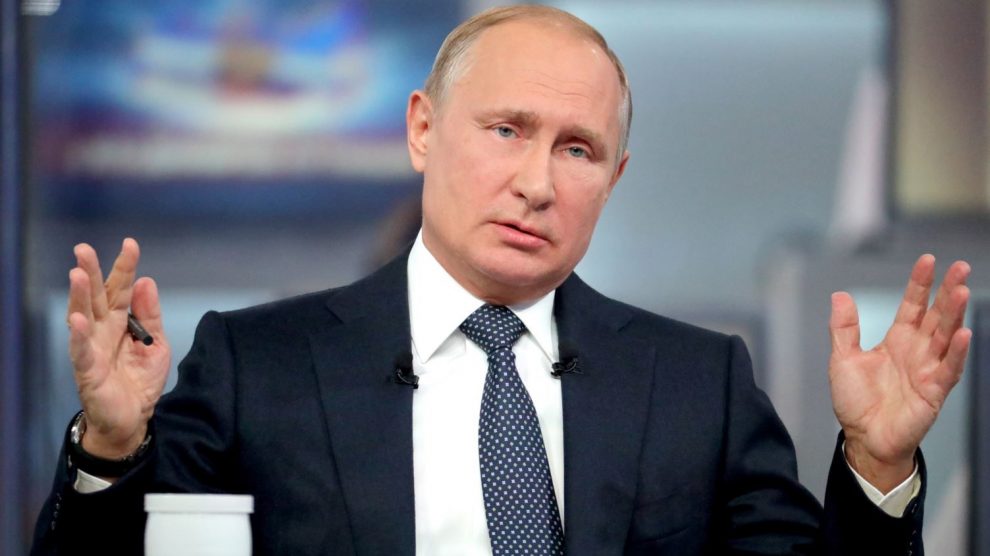 After years of pro-Russian appeasement, Italy’s Atlanticist turn has bewildered and angered Moscow. The Kremlin’s recent threats of “irreversible consequences” (coupled with an attack on Italy’s defence minister) were met in Rome with unanimous condemnation. Here’s what came to pass

For years, Rome has been closer to Moscow than many other Western capitals. Economic ties were strong, political actors from both sides built links, Russian oligarchs enjoyed Italian stays and products, and the Kremlin always seemed to look upon Italy favourably.

The most recent example of such closeness dates back to the beginning of the Covid-19 pandemic when northern Italy became the first European region to bear its brunt and Russia sent over help – in the form of a militarised medical unit, which ostensibly travelled to study the virus, and which was allowed by then-PM Giuseppe Conte to perform a propaganda-filled display.

All the while, Moscow had showered the country with mis- and disinformation, as it did elsewhere. That content was designed to exploit and exacerbate the Eurosceptic, anti-establishment sentiment (which came about after two decades of economic stagnation, was heightened during the economic crisis and had been pervading many Italians since) and was cut with a dose of pro-Kremlin propaganda, depicting Vladimir Putin’s regime as a better alternative to the Western liberal order.

That relationship, however, has since soured – badly. Under Prime Minister Mario Draghi, Italian politics have decidedly swerved towards pro-Europe and Atlanticist positions. Since Russia invaded Ukraine, Italy closed ranks with its Western allies in calling out Vladimir Putin’s despicable actions, imposing a variety of sanctions and freezing Russian assets.

In losing the support of what it believed to be a somewhat friendly European country, Moscow reacted with anger. On Saturday, the Russian diplomat Alexei Paramonov – who heads the Russian Ministry of Foreign Affairs’ European department – singled out Italy among all Western allies to threaten it with “irreversible consequences” should it agree to impose more sanctions.

Mr Paramonov, whom previous Italian governments had decorated, also warned that Russia could cut off fossil fuel supplies (while stating that Russia didn’t do blackmail or coercion). He also levelled a scathing attack towards Lorenzo Guerini, the Italian defence minister. He accused him of being an “anti-Russian hawk” and showing ingratitude in the face of the many favours bestowed by the Kremlin upon Italy, such as the Covid operation.

The Italian institutions – including the PM, several ministers and all major political forces – hit back in a show of solidarity and contempt for the Russian aggression. “We do not give weight to propaganda. Instead, we encourage every political and diplomatic step that will end the suffering of the Ukrainian people,” was Mr Guerini’s answer; “Italy stands by Ukraine and will continue to do so.”

On Tuesday, when Ukrainian President Volodymyr Zelensky addressed the Italian Parliament, only a minority of MPs – a small fraction of the once-conspicuous pro-Russia contingent – elected to leave the room in a sign of protest. In his follow-up speech, Mr Draghi remarked on the country’s political unity in supporting Ukraine (even through weapons shipments) and thanked the parties for their show of solidarity.

Online, too, the Russian hold over the infosphere seems to have waned. Arije Antinori, professor of Criminology and Sociology of Deviance at the Sapienza University in Rome, told Decode39 that “the several extremist-violent infospheres” tend to react immediately after Mr Zelensky’s speeches, becoming “militarised” and disseminating violent content to “weaponise both national and global audiences.”

Mr Antinori also remarked their attempts “to boost the polarising influence of divisive narratives, interconnecting the topic of the Russian invasion of Ukraine with long-term trending narratives, such as ‘anti-vax’ and in particular ‘anti-gender fluid,’ in order to contaminate and intoxicate a wider audience in the (cyber-)social ecosystem.”

That sort of tactic used to prove wildly effective no more than a few years ago. Especially considering that the first government to emerge from the last political elections in 2018 was composed of the League and the Five Star Movement, which back then were the two most powerful anti-establishment and pro-Russian parties, managing to climb the polls by riding populist stances that resonated well with the Kremlin-emitted content.

Now, however, such operations – and their underlying messages – are failing to stick. The two aforementioned parties have moderated their most extreme positions, the parties’ show of unity underscored the political resolve to impose sanctions against Russia, and the Italian population overwhelmingly supports the Ukrainian cause. In short, Italy is no longer Russia’s favoured European underbelly.

European Defence? Not with this Compass, says Camporini
What Rome can(not) offer Kyiv