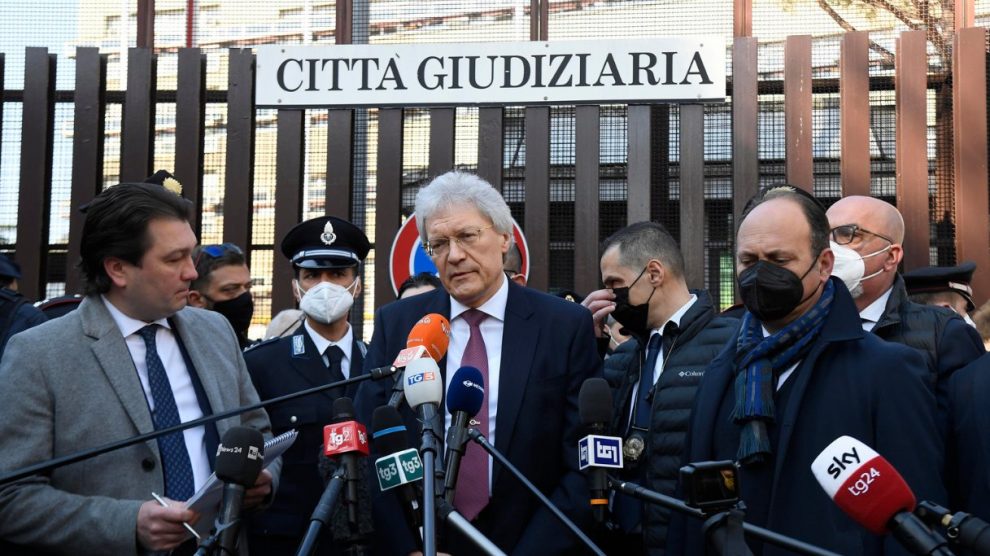 Ambassador Razov attacked the Italian press because of an article about President Putin’s death. MP Sensi believes the episode is revealing of Russia’s isolation and the distance between democracies and autocracies

On Friday, the Russian ambassador to Rome, Sergey Razov, issued a double attack on Italy. The Russian diplomat filed a formal complaint against an authoritative Italian newspaper, La Stampa, and its journalist Domenico Quirico, for an article entitled “Ukraine-Russia war: if killing Putin is the only way out.”

“It goes without saying that this is outside journalism’s ethics and morals and rules. In the criminal code of the Italian Republic, there is liability for incitement to commit a crime and crime apology,” Ambassador Razov told the press. “In precise conformity with Italian law, today I went to the Public Prosecutor’s Office to file a complaint requesting the Italian authorities to objectively examine this case. I trust the Italian justice system.”

Filippo Sensi, Democratic Party MP and secretary of the European Union Policies Committee, told Decode39 the episode reveals Moscow’s isolation on the international scene and the distance between democracies and autocracies.

“It seems to me a gesture that reveals absolute isolation and an unbridgeable distance from reality,” observed Mr Sensi. “Livid propaganda and futile intimidations will not prevent the press from doing its job on the Russian invasion of Ukraine. Desperate acts such as this only cast an even darker light on Russia and its representatives around the world,” the MP concluded.

“One of the fundamental rules of journalism is that one is responsible for what one writes, not what others understand. Clearly, there has been an error in translation or the understanding of the article,” said Mr Quirico – the vilified journalist –who then quipped: “I hope that when Russia writes diplomatic treaties, it relies on a better translator.”

Here’s what Mr Quirico had written in the incriminated article:

“The only debate is practical, materialistic: has tyrannicide proved to have a high probability of success? Or, if the despot is dead, what happens? The crux of the question, when cynically asked, is not whether murder is ever justifiable but whether murder is effective. You must be able to answer that it is: that is, that it will allow us to achieve, in today’s Russia and in this war situation, goals that would otherwise be inaccessible because of [Mr] Putin’s iron grip on the country; or because of the impossibility in the short term of him losing the war and being overwhelmed by defeat. Which is a safer trap in which much more cunning and ferocious wolves than him have left their paws.”

Undersecretary for Foreign Affairs Benedetto Della Vedova said of Ambassador Razov that he was “free to denounce […] just as Italian newspapers are free to write and exercise their work of reporting and criticism. This is the substantial difference between Italy, Europe, liberal democracies and [Mr] Putin’s Russia, where citizens are arrested just because they call a war a war, or demonstrate with a blank sheet of paper.”

And again: “Ambassador Razov’s is not the first attack by Russian institutions on the free and independent press in our country. I remember, for instance, the words that the spokeswoman of [Foreign Minister Sergey] Lavrov addressed to the editor of Repubblica a few months ago, inviting him to warm up with copies of her newspaper. The resistance against the Russian aggression concerns us for this reason, too: in Ukraine people are fighting to survive, but also to defend the basic values of open and democratic societies,” concluded Mr Della Vedova.

During his speech to the press, the Russian ambassador also touched upon the Russian medic-military mission in March 2020. That story has returned at the centre of attention amid suspicions that the personnel had been secretly gathering intelligence. “A helping hand was extended to the Italian people, but if someone bites that hand, it is not honourable,” he said.

“The mission only went to the places indicated by Italy, precisely to Nembro, the centre of the pandemic at that time. [The Russian personllen] only did what their Italian colleagues told them, and the Russian mission ended when Italy decided to end it. The Italian authorities expressed their gratitude for what they had done.

Recently, the Russian diplomacy had also lashed out at Lorenzo Guerini, the Defence Minister, who has been described as “an anti-Russian hawk”, whom – according to a reconstruction by Il Corriere della Sera – had prevented 400 additional men from coming from Russia.