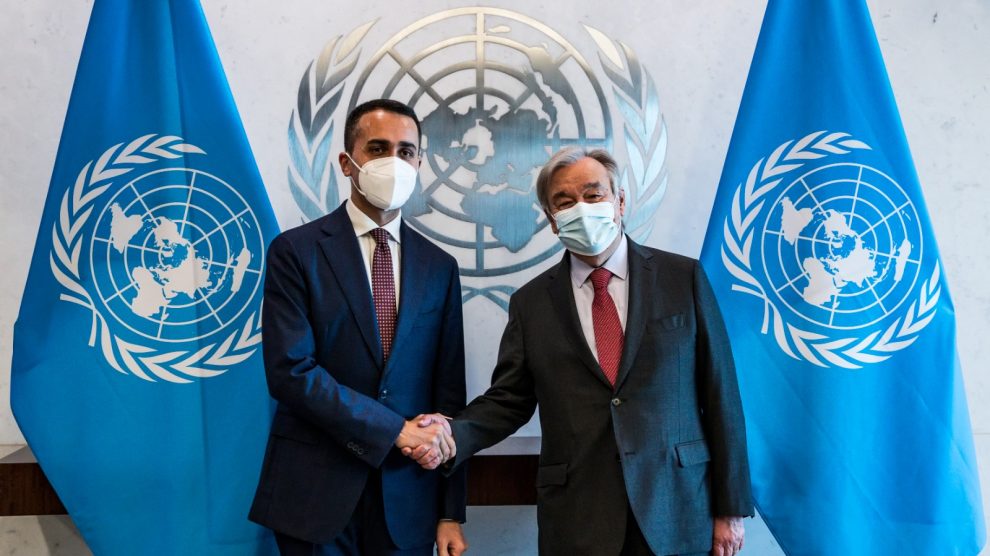 During his mission to the UN in New York, the Italian Foreign Minister also discussed food security, migration and Turkey

Looking ahead. The war “could last more than a year. There is no perception that it could end anytime soon,” Mr Di Maio later told the press, stressing that “a lot depends on how much we – as international community and EU, the gentle force in the world – engage.”

Prices are on the rise… Mr Di Maio noted that the Russian invasion of Ukraine could cause wheat prices to rise as much as 20% by year’s end.

… because grain is being weaponised. German FM Annalena Baerbock stated that Russia is “using hunger as a weapon to demand allegiance;” Linda Thomas-Greenfield, US Ambassador to the UN, noted how the Russian army has been operating along the Ukrainian Black Sea coasts to prevent ships from sailing in and out.

Turkey, you there? The NATO country controls access to the Black Sea via the Bosphorus Strait. FM Di Maio raised the issue during a bilateral meeting with his Turkish counterpart Mevlüt Çavuşoğlu. But Ankara is momentarily more preoccupied by Finland and Sweden’s bid to join NATO.

Shifting power balances. Russia seems willing to engage with the West over food security. But more alarms are ringing elsewhere, signalling that food security will become a major issue in international politics and will lay the groundwork for new alliances.