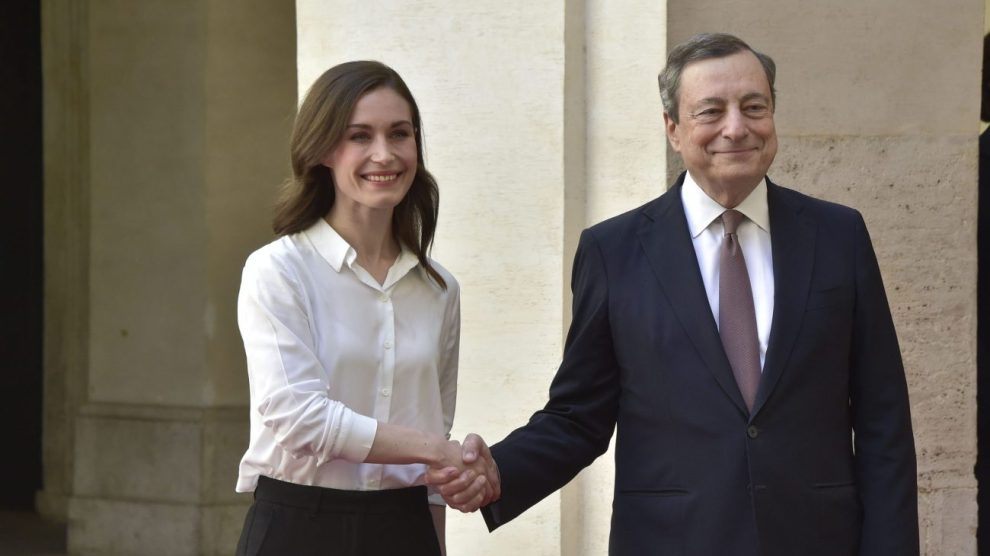 Finnish PM Sanna Marin visited Rome right after her country, along with Sweden, formally applied to join NATO. Turkey’s obstructionism weighs on that prospect, and Russia could attack (albeit virtually) during the transition period. Here’s where Rome might help

And welcome to NATO (’s accession path). It’s a “historic moment for Europe and for Finland,” noted the host, who stated that Helsinki’s bid for NATO membership “is a clear response to the Russian invasion of Ukraine and the threat it poses to peace in Europe, to our collective security.”

Endorsements matter. As diplomatic sources in Helsinki explained, Ms Marin’s goal was to obtain a full public endorsement regarding NATO membership from Mr Draghi, one of Europe’s most influential leaders.

Security and the grey zone. Sweden and Finland aim to finish the paperwork by the end of June so as to celebrate their symbolic accession at the NATO Summit in Madrid, where the next Strategic Concept will see the light. Until then, the two countries are treading in what they call the “grey zone”: the transition period that leaves them exposed to Russian threats – which lately have been reiterated by Vladimir Putin and his advisers – before Article 5 is triggered.

The expert’s take: Decode39 reached out to Stefano Stefanini, Italy’s former ambassador to NATO. He believes the Turkish veto to Stockholm and Helsinki would amount to “a slap in the face of Washington and NATO” and produce a “definitive break in Ankara’s foreign and security policy.”