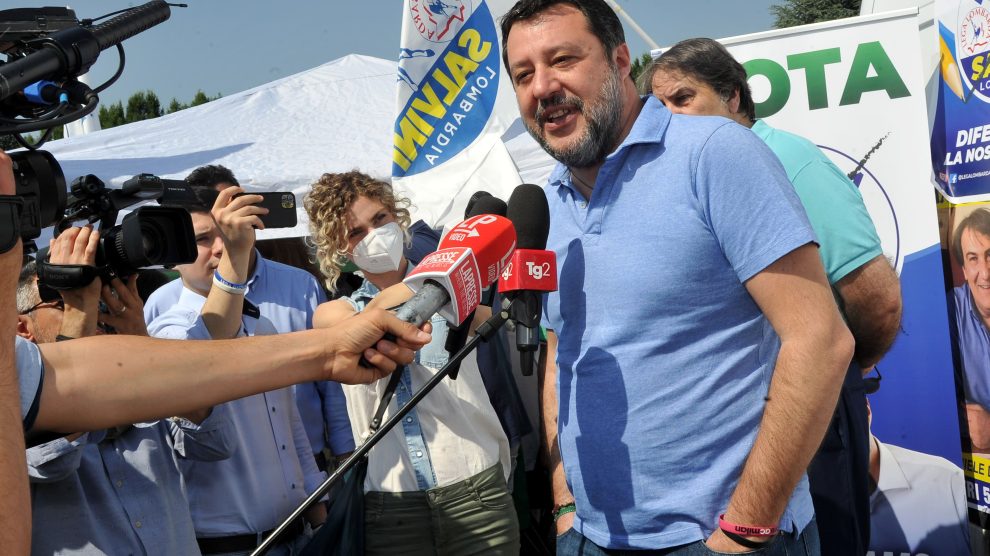 The League’s leader is defending his announcement of a “peace trip” to Moscow and his meetings with Ambassador Razov. All of this was carried out without the government’s involvement, which raises questions about its health

You alright there, PM? Half of Europe’s chancelleries, along with the United States’, wonder how much longer Mario Draghi can hold onto the helm of Italy’s government.

Salvini’s trip to Moscow. Most recently, the leader of the League (an important government partner) decided to capitalise on his special relationship with the Kremlin – by announcing he wanted to go on a mission to Moscow and discuss “peace” with none other than Mr Putin.

“I can do this”. Mr Salvini is brushing off the criticism and vowing to move forward. He also lambasted those who criticised him (the majority of the Italian political establishment) by accusing them of not “raising a finger to achieve peace” and “preferring to talk about weapons and war.”

He kept in touch with the Kremlin, too. As revealed by the Italian press, Mr Salvini’s been talking to Moscow through as many as four separate meetings with the Russian ambassador in Rome, Sergey Razov.

The fixer. A lawyer and former politician, Antonio Capuano, mediated the obscure series of meetings. He had no formal assignment but acted as a go-between for the trip to Russia and guaranteed that Mr Putin himself was also informed.

Is this a political crisis brewing in Russian sauce? It’s hard to imagine the government majority blowing up because of the intemperances of Mr Salvini, the “pacifist”.

But Mr Salvini looks set to continue fostering the Russian connection in Rome.