Home » How Draghi’s Italy deviated from the Silk Road 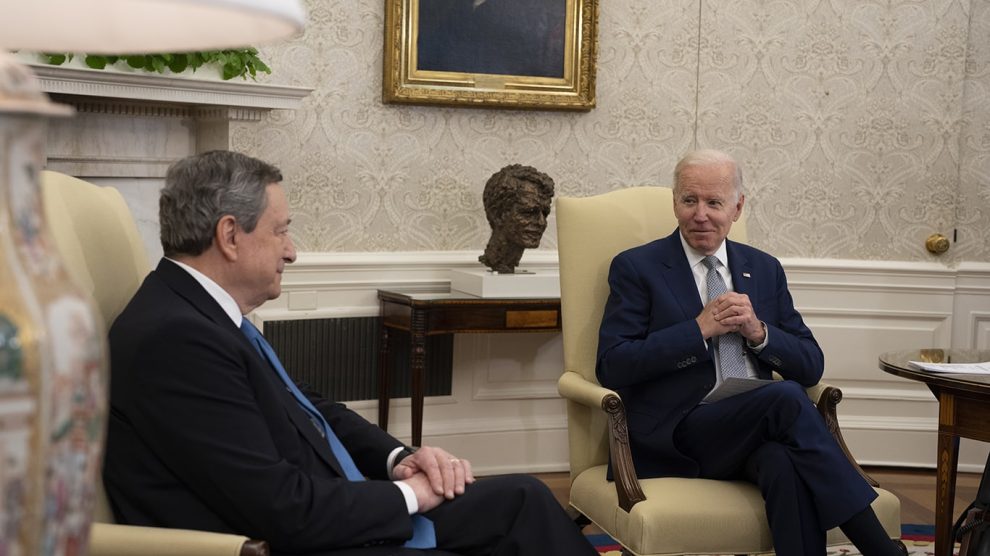 In 2019, Rome signed a memorandum to enter Beijing’s Belt and Road Initiative. Three years later, the tables have turned entirely: as noted by Deputy Secretary Sherman, Italy understands China’s influence-building and coercive methods. Here’s how it came to pass

Kudos, Italy, vis a vis China. “I must say that I believe that Italy has eyes very wide open about the [People’s Republic of China], about their coercive actions around the world”. Thus spoke the United States Deputy Secretary of State, Wendy Sherman.

We’re in this together. The event aimed to underscore the US’ determination to bolster Transatlantic relations and coordinate on the China issue, much like the US is doing with countries in the Indo-Pacific area, as detailed by Secretary of State Antony Blinken in his recent speech.

Starting with investments. As Decode39 often reports, Chinese investments in Europe – and Italy – can be obscure vessels for Beijing’s interests, which include technology transfer, influence and strategic leverage.

That’s quite the U-turn. A mere three years ago, Italy became the first and only G7 country to enter the Belt and Road Initiative, Beijing’s massive investments and infrastructural project aiming to project its influence far and wide.

The Western alternatives to the BRI have coalesced into two similar – and arguably, complementary – projects: the US’ Build Back Better World (B3W) and the European Union’s Global Gateway.

Trump investigated over China connection? The FBI’s leak in Rome
Salvini’s trip to Moscow and the endurance of the Italian government