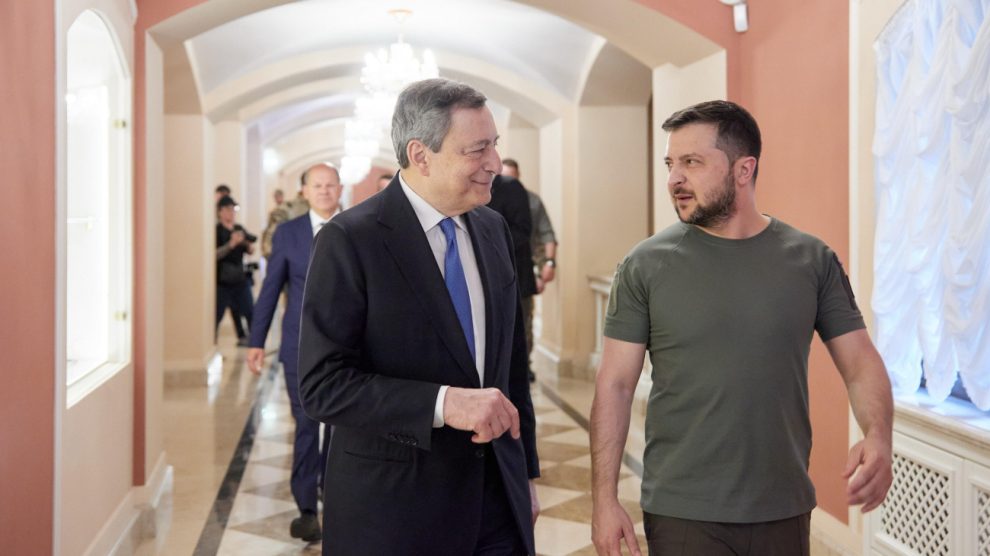 Key resolution to be voted today in the Italian Senate to provide military help to Ukraine. While political parties in the majority are still working to iron out an agreement, geopolitical expert Ian Bremmer told Decode39 Italy “will pass this test.”

Any expectations? The vote in the Senate can have repercussions on the solidity of the government, and in particular on the future of Italian Foreign Minister Luigi Di Maio, strongly criticized by his own party, the 5-Star Movement, who he once led.

Much ado about nothing. Ian Bremmer, president of the Eurasia Group, said the stakes for the vote “are not high.”

5-Star Movement’s “immaturity”. Foreign Minister Di Maio has called out his own party for undermining the government’s efforts to support Ukraine and Rome’s leadership in the European Union.

Italy, “please support us!”. Yesterday, the President of Ukraine, Volodymyr Zelensky, renewed his call for help at the Global Policy Forum organized by the Italian Institute for International Political Studies (ISPI) in partnership with the OECD.

How Atlanticism is splitting Italian politics
While the three leaders are in Kyiv, is the EU behind them?