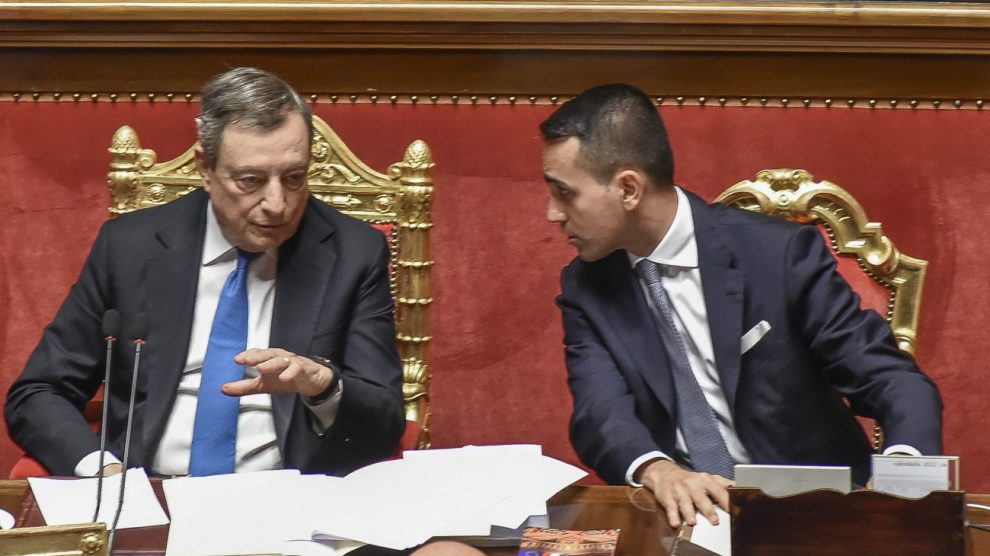 After intense negotiations within the majority-ruling parties, the Italian Parliament has authorized a support package for Ukraine, including military aid. “The mandate received from parliament is to seek peace, overcome the crisis,” Italian Prime Minister Mario Draghi said. But the vote signaled a rupture within the 5-Star Movement: on one side Italian Foreign Minister Luigi Di Maio, the party’s former leader, supporting the choice for Atlanticism, on the opposing side ex Premier Giuseppe Conte, current leader of the 5-Star.

Maintaining promises. PM Draghi, heading to an intense international set of summits, including the European Council, the G7, and the NATO summit, said that “the Italian government intends to keep supporting Ukraine.”

Di Maio v Conte. Some parties in Italy’s ruling coalition, above all the 5-Star Movement and the League, had said that they do not want Italy to supply any more weapons to Ukraine.