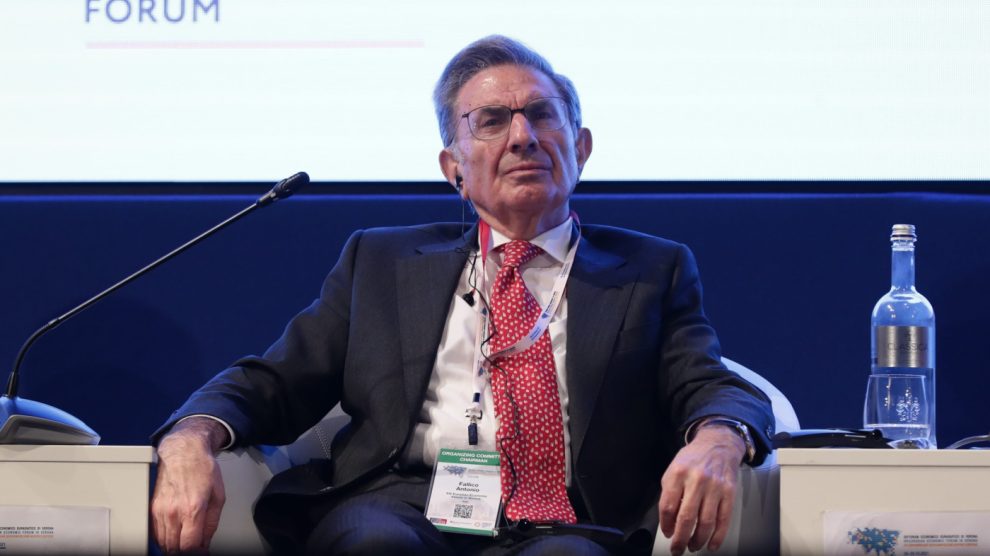 As relations between Rome and Moscow have soured, the yearly Eurasian Economic Forum will be held in the capital of Azerbaijan instead of the Northern Italian city. The elephant in the room: Putin’s invasion of Ukraine

Goodbye Italy, hello Azerbaijan. The 15th edition of the Verona Eurasian Economic Forum – attended in the past years by Russian ministers, entrepreneurs and personalities, many of whom are now under sanctions – is moving to Baku, where it will be held on October 27-28.

What’s “hush” in Russianomics? As first reported by Verità & Affari, the event’s programme talks about the “transition to a new, human-centred economy” and refers to “changes taking place” in trade, the financial system and geopolitical relations. And yet it never mentions what triggered them, namely the Russian invasion of Ukraine.

Hiding behind the Pope. The event’s website places great emphasis on a statement that Pope Francis sent to Mr Fallico on the occasion of the Forum’s 2017 edition. The pontiff greeted the participants by wishing “that international economic entities will effectively work to develop dialogue and cooperation aimed at ensuring the well-being of peoples and taking care of our’ common home’.”

Radio Kremlin is on. There’s no talk of the war in Ukraine on the event’s agenda. However, Mr Fallico had made ample reference to it in his opening speech (PDF) at a seminar in Moscow, which he held on February 10 – two weeks before Russia invaded Ukraine. Since then, all activities of the Conoscere Eurasia Association have been suspended in Italy: hence the move to Baku.

Mr Fallico’s speech was saturated with talking points straight out of the Russian propaganda playbook. A few extracts: