Home » How the Vatican is blessing the arms supply to Ukraine 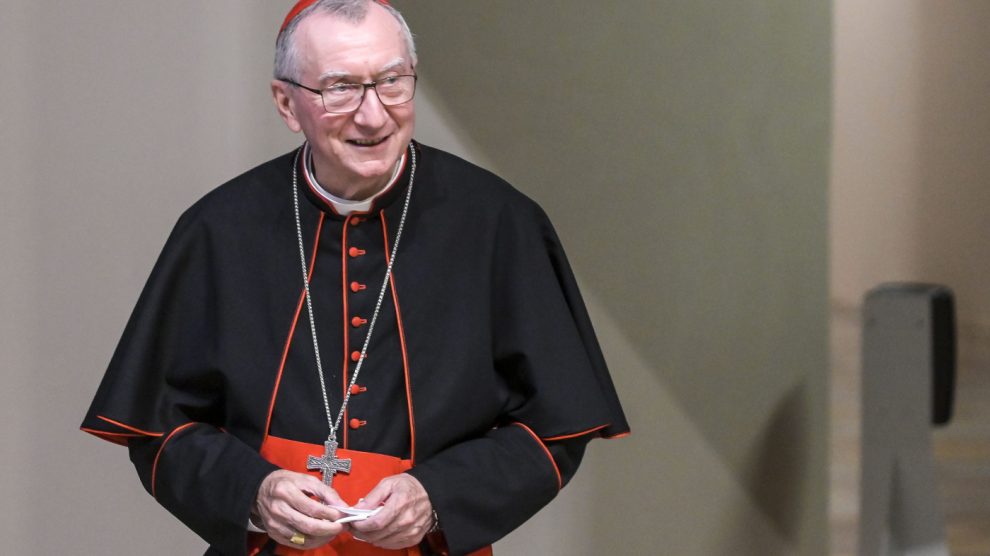 The Holy See’s Secretary of State, Pietro Parolin, once again noted that “the oppressed has the right to arms” and rejected accusations levelled at Pope Francis. Tough luck for the ones who oppose weapons shipments to Kyiv under the pretence of “pacifism”

They won’t like this in Moscow. Cardinal Pietro Parolin, the Vatican’s Secretary of State, once again affirmed that the Ukrainian armed resistance is compatible with the Holy See’s worldview.

Mood swings. The Vatican’s official stance on the Russian war in Ukraine has undergone some turbulence. As the Corriere della Sera writes, Pope Francis’ possible visit to Kyiv has left the Ukrainians hot and cold at times.

But the pope is far from being pro-Russian, stressed Cardinal Parolin. In fact, he “has unequivocally condemned the Russian aggression of Ukraine from day one, he has never put the aggressor and the oppressed on the same level, nor has he been or appeared equidistant.”