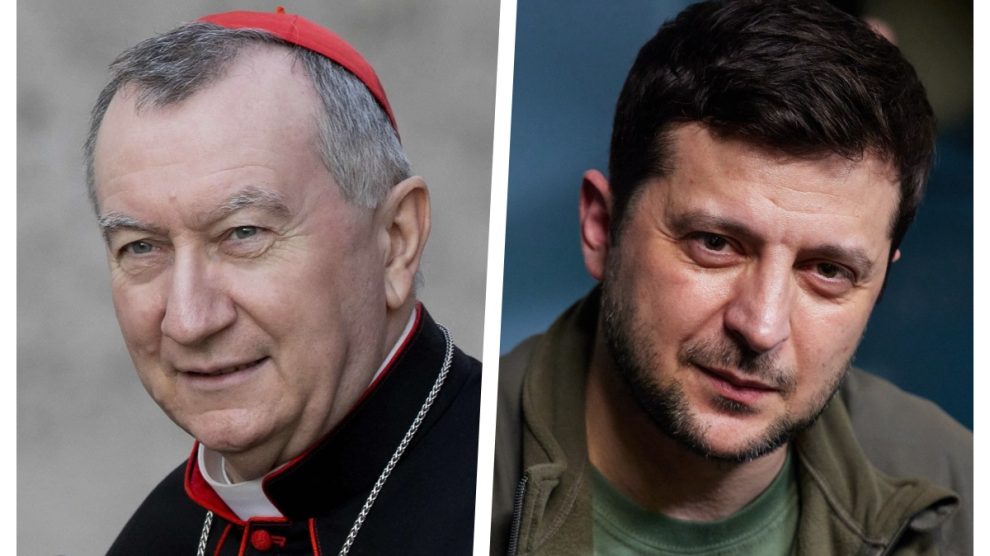 The Vatican’s Secretary of State acknowledged the right to armed resistance, as stated in the Church’s teachings, and all but confirmed the soundness of arming the Ukrainian resistance – much to the dismay of Italy’s pro-Russian front

The Church weighs in on weapons. On Friday, Cardinal Pietro Parolin – the Vatican’s Secretary of State – touched upon a subject that’s been inflaming public discourse in Italy as elsewhere: the moral and practical implications of sending weapons to arm the Ukrainian resistance.

“Regarding weapons shipments, I repeat what I have said from the beginning: there is a right to armed defence in case of aggression. This is also stated in the Catechism under certain conditions, especially that of proportionality, and then the fact that the response should not produce more damage than the aggression. In this context, we talk about ‘just war.’ The weapons shipments issue exists within this framework. I understand that it is harder to determine it concretely; however, it is necessary to have some clear parameters to deal with it in the justest and moderate way possible.”

Why it matters: Parolin’s position generated a great echo in the Italian political debate. Indeed, the “pacifist front” (i.e. those who oppose sending weapons to the Ukrainian resistance) in Parliament has justified its obstructionism with Catholic “pacifism” and the words of Pope Francis.

Disclaimer: what Francis said. As a pope, Francis cannot possibly express support for the continuation of the conflict. His statements so far reflect that.

A look at the texts: Cardinal Parolin referred to the Catechism of the Catholic Church. Here’s what it says, exactly, in section 2309:

The strict conditions for legitimate defence by military force require rigorous consideration. The gravity of such a decision makes it subject to strict conditions of moral legitimacy. At one and the same time:

– the damage inflicted by the aggressor on the nation or community of nations must be lasting, grave, and certain;

– all other means of putting an end to it must have been shown to be impractical or ineffective;

– there must be serious prospects of success;

– the use of arms must not produce evils and disorders graver than the evil to be eliminated. The power of modern means of destruction weighs very heavily in evaluating this condition.

These are the traditional elements enumerated in what is called the “just war” doctrine.

The evaluation of these conditions for moral legitimacy belongs to the prudential judgment of those who have responsibility for the common good.