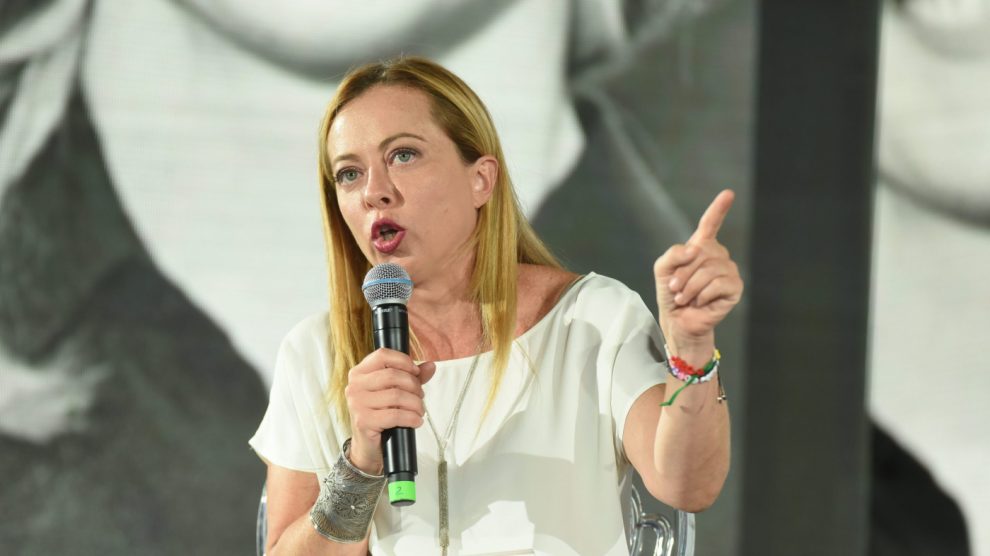 Brothers of Italy lieutenants are travelling the world to burnish the party’s global credentials. Urso will be in Kyiv, then Washington; Fitto is establishing relations in Brussels; Crosetto prepares Meloni’s post-vote trip to London, while diplomats Checchia and Terzi are working behind the scenes

Brothers of Italy goes international. Party leader Giorgia Meloni, who comfortably leads the race to become the next Italian prime minister, is reinforcing her global credentials as Election Day nears — starting with the reorientation of her party’s Atlantic compass.

Adolfo Urso travels to Ukraine… The BoI senator and head of Parliament’s Intelligence Committee is heading to Kyiv next week. Officially, he’ll be there in his official capacity, wrote Repubblica. But actually, he’ll also be an emissary of the PM hopeful.

…and the US. Mr Urso’s following stop will be Washington DC (his second visit in three months) to meet with members of Congress. He’ll have a double objective, wrote Repubblica: consolidating ties – as he is favoured to get a post in the next executive – and further ploughing the American soil for Ms Meloni.

Her man in Europe. European relations are Raffaele Fitto’s bread and butter, given his years in the European Parliament and within its biggest party, the European People’s Party. Today he co-chairs the ECR and is one of Ms Meloni’s ambassadors in Europe, especially with the EPP.

A stopover in the UK? As reported by La Stampa, BoI’s leader is allegedly organising a trip to London to meet with the City’s top management (including representatives from Morgan Stanley, JP Morgan, Goldman Sachs, Elliot, Fidelity, BlackRock and Bridgewater) and reassure them on the future of Italy. Starting with public accounts.

The institutional mainstay. Guido Crosetto – entrepreneur, co-founder of BoI and president of AIAD, the association of Italian arms manufacturers – is also hard at work. “Those who met him gathered the impression that in the event of an election victory, [Ms Meloni will be] the guarantor of Italy’s institutional continuity,” explained La Stampa.