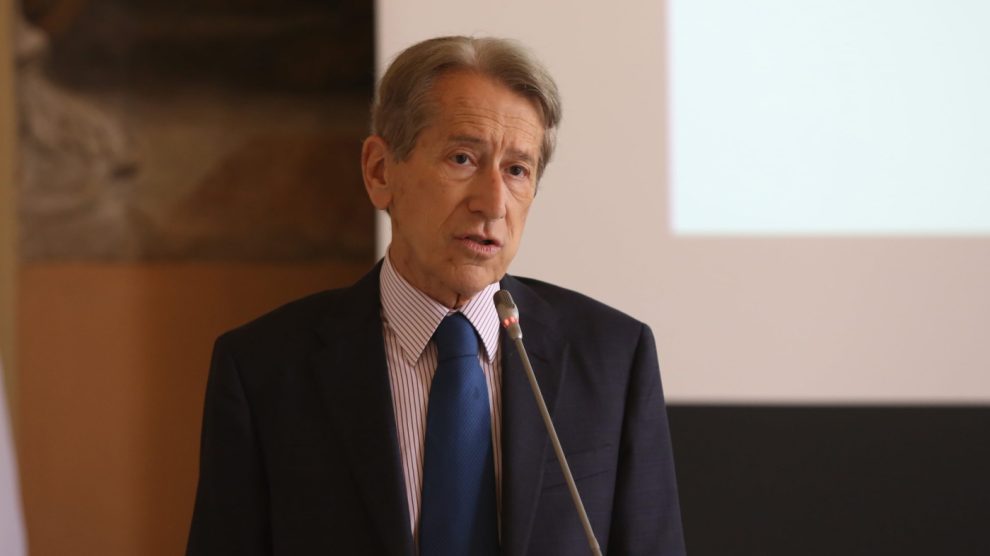 Her party looks to “the conservative and liberal Euro-western world” for inspiration, says Giulio Terzi, who oversees diplomatic relations. From the EU to Russia, from China to Iran, the former ambassador charts Brothers of Italy’s foreign policy stances

Meet Giulio Terzi di Sant’Agata, 76 years old, 40 as a diplomat. He’s been ambassador to Israel, permanent representative to the United Nations, ambassador to the United States and foreign minister in Mario Monti’s government. Now he is in politics, alongside PM hopeful Giorgia Meloni, as head of diplomatic relations for Brothers of Italy and candidate to the Senate.

On the Russian war in Ukraine. “Italian diplomacy must act with the European and Atlantic partners to keep them on the right side of history. Faced with an aggressor that doesn’t want to negotiate until he has achieved all of his neo-imperialist objectives, the only way to reach the negotiation stage is to stand in the way of achieving them.”

On Vlaidmir Putin and negotiation. “To my knowledge, Putin has no intention of negotiating with us,” since “he hasn’t achieved his goals yet. He traditionally negotiates only when he has already taken everything he wanted.” Perhaps, as he endangered the European space of freedom and security, “he is now realising that […] he’s bitten off more than he can chew.

On energy and the European price cap. “European cohesion is growing […] the hesitations of France and Germany have been overcome, and the countries are marching together along a line which the Italian government had even anticipated with the far-sighted request of implementing the price cap last March.”

On China and the Silk Road. Mr Terzi called for a “thorough review” of the Memorandum of Understanding on the Belt and Road Initiative, signed in 2019 by Giuseppe Conte’s first government, and “close consultation with European and Atlantic partners, in order to rebalance the weights with Beijing.”

On the Iranian nuclear deal. Asked about the hypothesis of Iran’s return to the oil and gas market to alleviate the European Union’s energy crisis in exchange for the restoration of the JCPoA nuclear agreement, Mr Terzi commented it is a “very bad deal.”

On Atlanticism, Europeanism and defence. “If we look at security, Atlanticism and Europeanism are two closely related dimensions in the vision of a party like Brothers of Italy.” He pointed at examples such as “the defence industry and the hundreds of different products that should [be replaced by] few integrated types of weapons.”