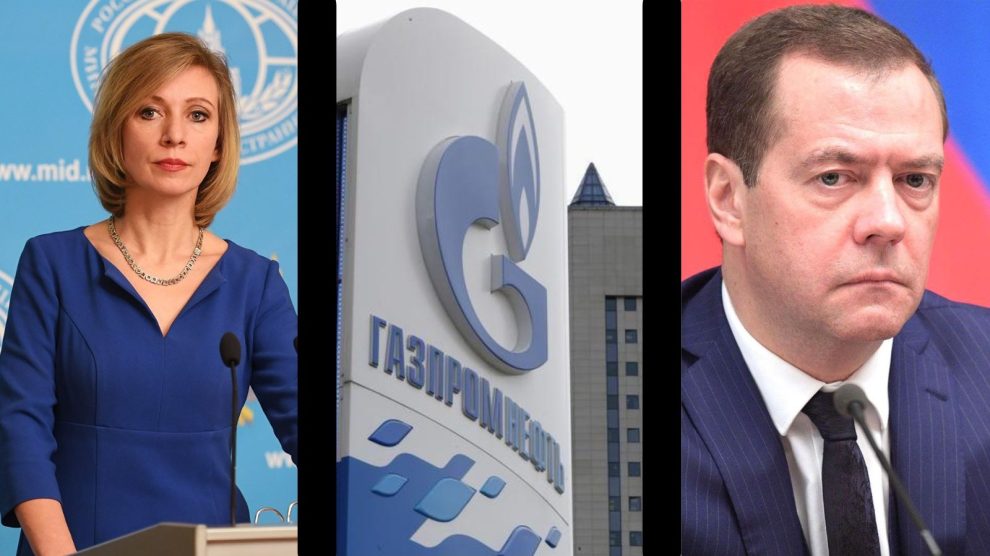 As the Kremlin pressures the West to lift sanctions – with increasingly desperate attempts –, its spokeswoman tells elections-bound Italians they’re being “pushed to economic suicide by the US.” Here’s what she said and how it fits in Moscow’s wider influence campaign

Choked by sanctions, Moscow targets Rome. On Tuesday morning, the Kremlin’s spokeswoman Maria Zakharova commented on Telegram Italy’s energy savings plan in a conspiracy-filled post that sought to undermine the Italians’ support for the sanctions imposed on Russia, along with the unity of the Western front.

Faulting the US. “American businessmen are now paying seven times less for electricity than Italian ones. And this is despite the fact that the initiators of the sanctions are sitting there across the ocean,” wrote Ms Zakharova, proceeding to explain the US’ supposed ominous scheme to undercut its allies.

Conspiracies: Greatest Hits. “The Italian people and the Italian economy are trapped by the senseless political decisions of Washington and Brussels. Rome is being pushed, it seems, not just to senseless actions, but to economic suicide in order to realise the Euro-Atlantic sanctions frenzy. And when the hard-working Italian business collapses, it will be bought up cheaply by the Yanks.”

Rome’s response. The Italian Ministry of Foreign Affairs hit back shortly after. “Clearly, Russia has decided to enter directly into the electoral campaign of a sovereign State,” declared Foreign Minister Luigi Di Maio, calling on all parties to “reject this interference.”

A growing trend. While Ms Zakharova had dabbled in insulting Italian politicians (including Mr Di Maio) and even journalists in the past, her latest post comes as part of a widening mediatic operation geared towards the Italian infosphere. Recent highlights include: