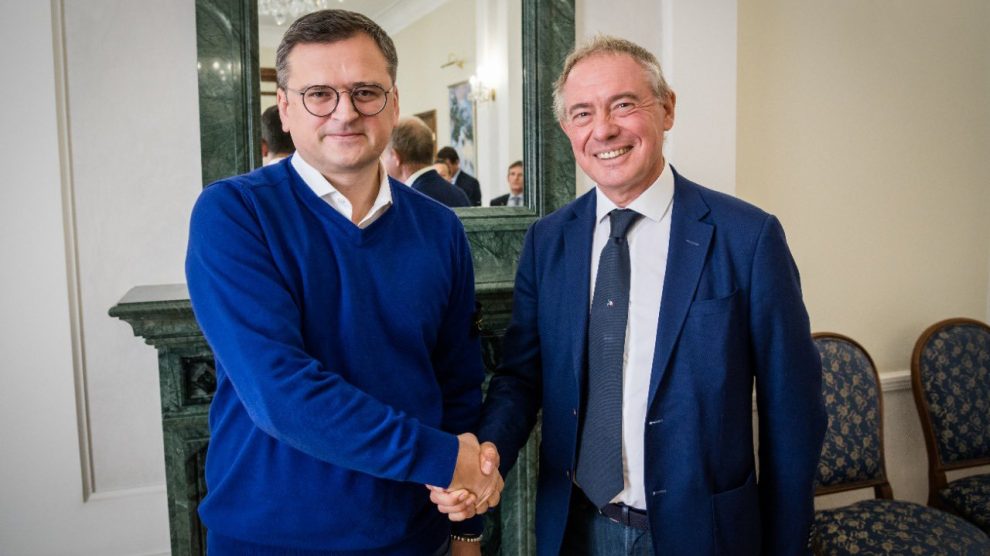 Adolfo Urso, a key figure within Brothers of Italy and possibly a heavyweight in Italy’s next government, travelled to Ukraine and met with government officials to discuss relations, assistance and weapons. Next stop: Washington, DC

Adolfo Urso is in Kyiv. The Italian senator, who’s also head of the Italian Parliament’s Intelligence Committee and among Brothers of Italy’s top officers, reached the Ukrainian capital on Friday. There he met with Foreign Minister Dmytro Kuleba and reiterated Italy’s – and its allies’ – full support of the Ukrainian resistance.

Friendship and weapons. “Italy’s support for Ukraine since the beginning of Russian aggression against our country has become the best expression of our traditional friendship and partnership,” said Andriy Yermak, chief of staff of President Volodymyr Zelensky, during his meeting with Mr Urso.

Doing the rounds. As polls have it, the centre-right coalition is likely to win Italy’s upcoming elections. Brothers of Italy – Ms Meloni’s party – is slated to end up on top and become the biggest governing force. Hence, BoI officials are currently working to reinforce their international ties as emissaries of the would-be government led by Ms Meloni.

The Putin factor. Some international onlookers have expressed worry about Italy’s positioning on the global stage in the event of a BoI-led government. Especially given the links between the second and third-biggest forces in the centre-right coalition – Matteo Salvini’s League and Silvio Berlusconi’s Forza Italia – and Russian President Vladimir Putin.

Staunchly pro-Kyiv. However, Ms Meloni has been forcefully pushing back against such international worries, reiterating BoI’s “unquestionable” Euro-Atlantic positioning and assuring that if she does end up winning, the next government will continue supporting Ukraine – including by sending weapons.