Home » Italian elections: the (rough) results are in 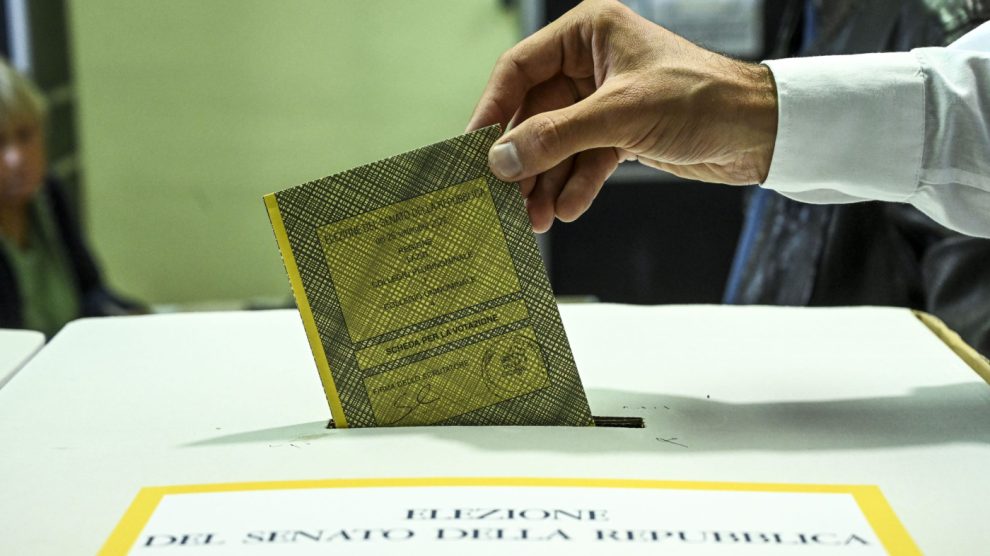 As expected, the centre-right coalition is slated to win a wide majority in the Italian Parliament – with the more hard-line components outperforming the more moderate forces. Affluence was low at around 65%. Read expert comments by Professors Celotto and Pasquino

Centre-right parties hit a home run. As the latest projections have it, the right-wing coalition garnered a comfortable majority of seats in the Italian Parliament. The centre-left electoral alliance came in second, followed by the anti-establishment Five Star Movement and smaller parties.

Here are the numbers.

Turning numbers into seats. The current – and rather baroque – electoral system means those percentages won’t translate into shares of Parliament. Here’s how many seats each party is projected to win. FYI: after the 2020 reform, the Lower House has 400 seats, while the Senate has 200.

Crucially, it looks like the centre-right won’t have enough seats for a two-thirds majority, which would be enough to change the Constitution.

Low affluence. The provisional turnout figure was below 65% – the lowest turnout ever, and a pale figure when compared to 2018’s 74.3%. Alfonso Celotto, professor of constitutional law, offered his hot take as the results showed up. “One Italian out of three did not vote. That seems to me a pretty telling figure, considering that turnout was at 90% until 1994.”

Leaning Orbanian. Gianfranco Pasquino, professor emeritus of political science, told Decode39 that the new power balance within the centre-right coalition would likely favour the more hard-line forces – namely, Brothers of Italy – at the expense of the more moderate Forza Italia.