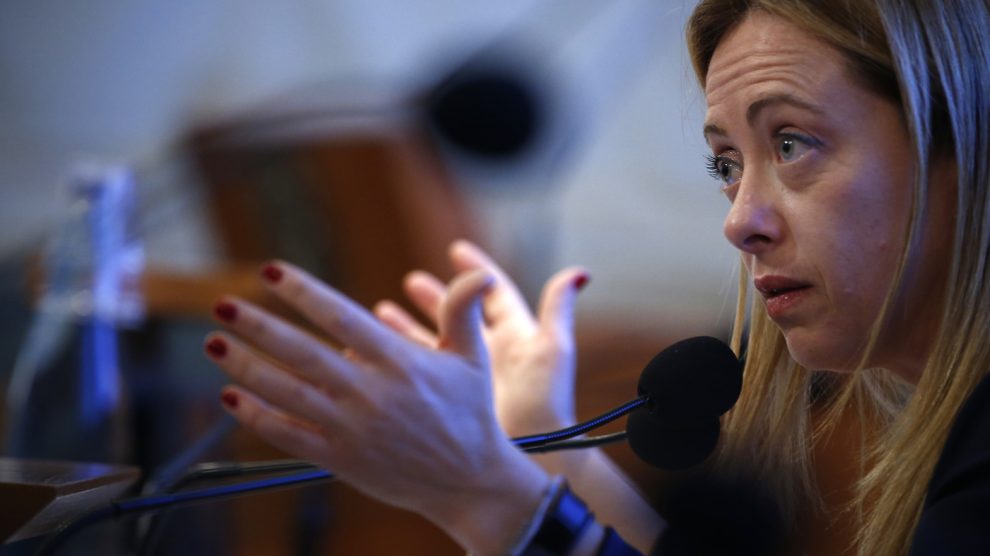 Foreign Minister Wang Yi condemned her closeness to Taiwan, while the CCP mouthpiece Global Times noted how the consequences of her victory “worry Europe”

The Chinese version. The victory of Giorgia Meloni’s Brothers of Italy in the Italian elections “worries Europe” because of the consequences it could unleash. Thus reads today’s front page of the Global Times, the nationalist tabloid of the People’s Daily, which in turn is the voice of the Chinese Communist Party.

New story, old news. The tabloid points to Marine Le Pen’s exploits in the recent French elections as precedents. All these tactics are nothing new – not unlike its Russian counterparts, the Global Times attempts to stoke divisions in the Euro-Atlantic front.

Chapter Taiwan. On Twitter, the Global Times’ profile quoted Chinese Foreign Minister Wang Yi urging “the relevant people in Italy to fully recognise the high sensitivity of the Taiwan question, earnestly abide by the one-China principle and avoid sending wrong signals to the Taiwan secessionist forces.” The tweet explicitly stated he was responding to Ms Meloni’s remarks on Taiwan.

Hands on. Ms Meloni has invested in relations with Taipei – and thus in a critical line against China – in an attempt to occupy a political vacuum, marking her distance from Matteo Salvini’s League and reassuring the United States about her Atlanticism.

Pro-Russian parties underperformed in Italian elections. What it means for Meloni
A glimpse into Giorgia Meloni’s foreign policy