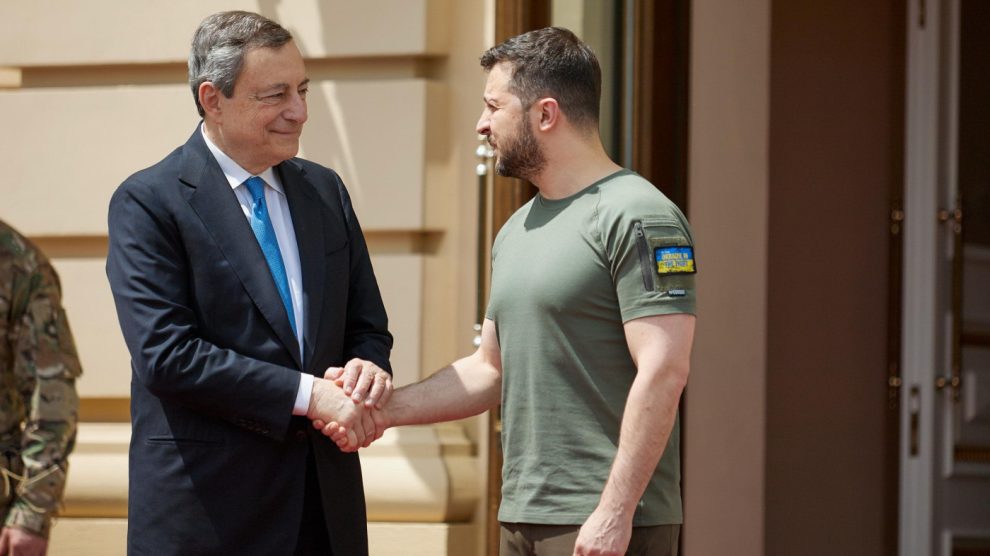 The outgoing Italian PM phoned the Ukrainian president to discuss the situation in the occupied regions and reiterate Italy’s support. Rome’s line looks set to remain unchanged under the next government

We got you. On Thursday morning, Prime Minister Mario Draghi called Ukrainian President Volodymyr Zelensky. He “assured that Italy will not recognise the outcome of the ‘referenda’ and confirmed the Italian government’s continued support for the Ukrainian authorities and people in all spheres,” reads a note from his office.

Continued support. Under PM Draghi’s leadership, Italy was at the forefront of the Western effort to counter Vladimir Putin’s aggression through sanctions on Russia and direct aid to Ukraine. He visited Kyiv himself, as did his Defence and Foreign Ministers. And the likeliest next PM, Giorgia Meloni, looks set to follow his path.