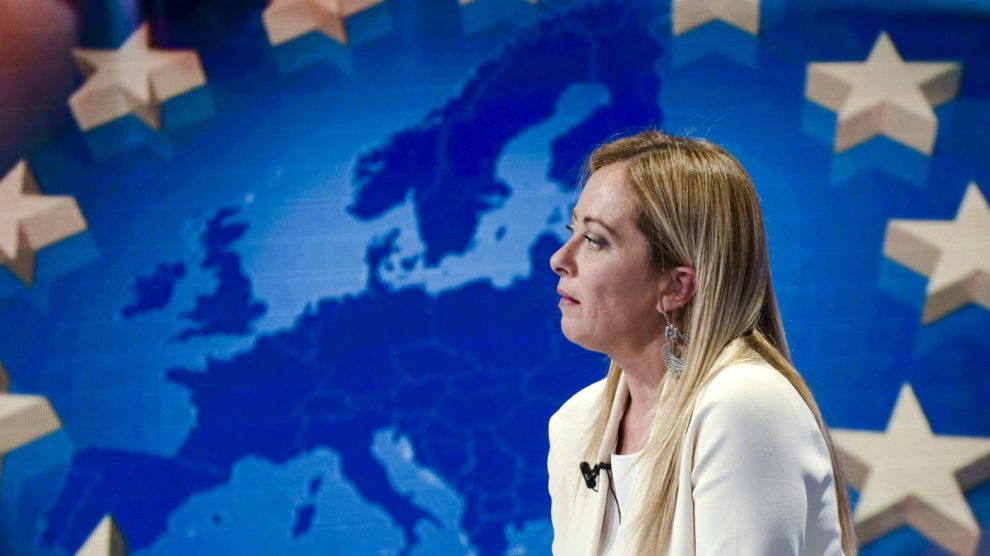 The likeliest next prime minister won’t tone down Mario Draghi’s hard stance on Russia and will support Ukraine, as she signalled multiple times

Meloni rejects Putin’s annexation. On Friday, Russia acted unilaterally to annex parts of Ukraine – an expected move that followed sham referenda held at gunpoint. Italy did not recognise their result, as stated on Thursday by outgoing PM Mario Draghi. And his likeliest successor, Giorgia Meloni, just confirmed she wouldn’t veer off the path.

Her full statement. “The declaration of the annexation of four Ukrainian regions to the Russian Federation, after sham referenda held under violent military occupation, have no legal or political value. [President] Putin once again demonstrates his Soviet-style neo-imperialist vision that threatens the security of the entire European continent. Russia’s further violation of the rules of coexistence among nations confirms the need for compactness and unity of Western democracies.”

Steady course. Ms Meloni looks set to maintain Italy’s current policy on Ukraine, as she had already signalled both before and after the elections.