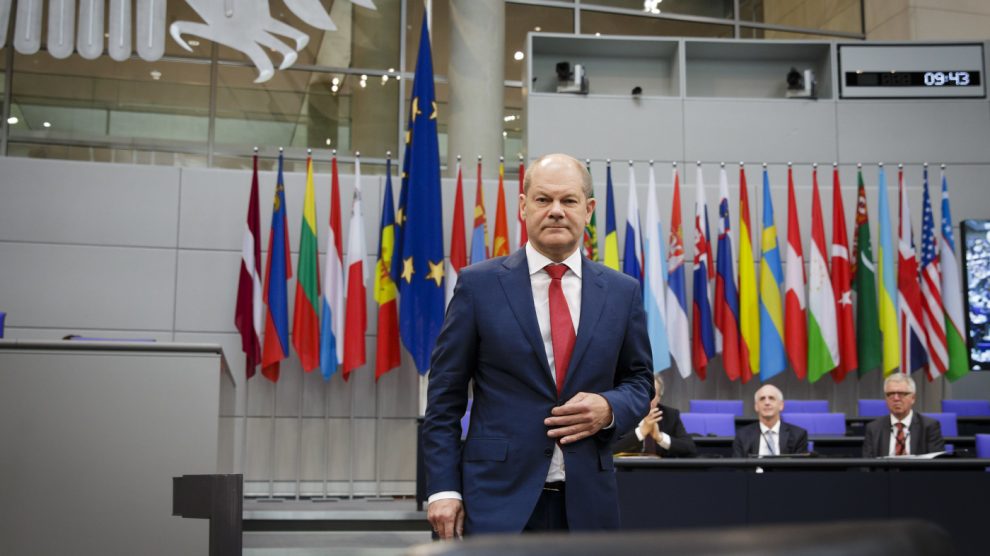 The EU failed to agree on a shared price cap on gas. Germany’s Scholz, who opposed it, set a national one, unsettling Italy’s Draghi. We reached out to two experts to understand the reasons and repercussions of Berlin’s move

No price cap, again. On Friday, EU energy ministers failed again to agree on a price cap on natural gas, the key driver of Europe’s inflation since Vladimir Putin weaponized it. Fourteen countries supported Italy’s call to set the measure (which PM Draghi has been calling for since March) to curb the “unsustainable inflationary pressure.” Still, the opposition of several States prevented the Commission from tabling it.

Scholz, what the hell? The EU-level conflict was soured by Germany’s decision to implement its own price cap – to the tune of € 200 borrowed billions – while opposing it in Brussels. That angered the Italian PM, who called for European unity and condemned unilateral action. “Faced with the common threats of our times, we cannot divide ourselves according to the space in our national budgets,” he said.

The expert’s take / 1. Professor Veronica De Romanis, who teaches economy at LUISS University, noted that Germany’s move is sound – as long as its budget policies don’t undercut other member States. What’s more, the country “can afford to table €200 billion”, whereas other countries – such as the heavily-indebted Italy – simply cannot.

The expert’s take / 2. Nicola De Blasio – Senior Fellow at the Belfer Center, a think tank within Harvard, who heads the energy and transition research division – said that instead of cooperating, “some member States are creating market distortions that will obviously favour their companies at the expense of other countries, like Italy, which do not have the same opportunities to issue new debt.”

Think bigger. The war in Ukraine “is bringing to light a number of issues that the European community, as well as citizens and consumers, have always tried to ignore,” said Professor De Blasio. Firstly, “the energy transition is critical not only from a climate perspective but also from an energy security perspective.” Secondly, “modifying or building new energy systems takes time, and all technological solutions must be part of the solution.”