Home » The Draghi-Meloni coordination over the energy crisis 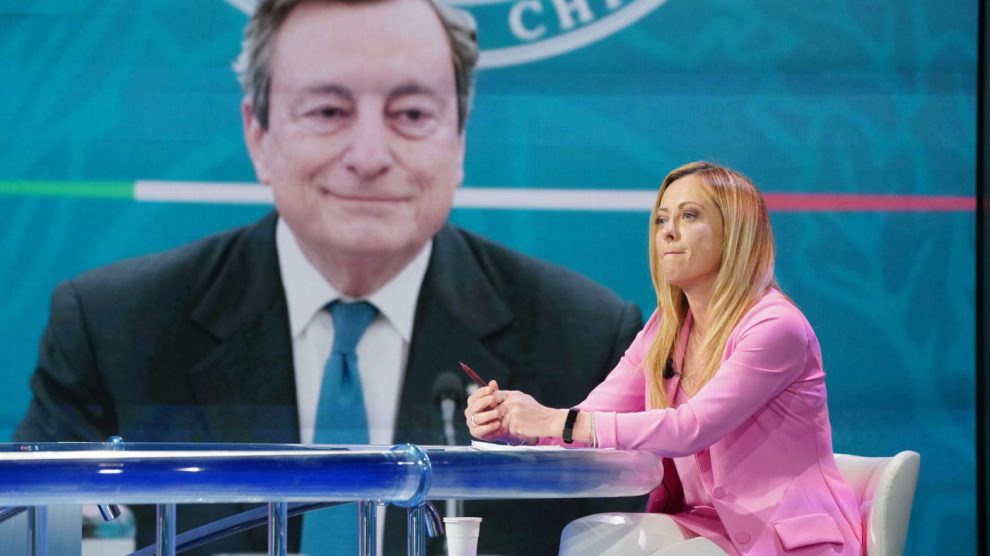 The likeliest next PM is working with the outgoing government – and especially Ecological Transition Minister Cingolani – towards a smooth transition. While tensions rise over energy prices, such a handover will facilitate immediate action to dampen the impact on families and consumers

Energy on the agenda. As bills continue to rise and the colder months loom, Italian citizens and business owners are increasingly worried and frustrated, with localised protests gaining traction online and offline.

The Draghi-Meloni axis. Ecological Transition Minister Roberto Cingolani confirmed the ongoing contacts with Ms Meloni’s team on Sunday. “I obviously [kept them] informed about whatever international developments I was dealing with,” he said, adding that he operated – in agreement with outgoing PM Draghi – to “warn those who come after about the direction in which we are going, and for what reasons.”

From words to action. Instead, Ms Meloni plans to take all the steps to increase national energy production and import: adding regasification units to import more LNG, expanding national gas extraction, removing bureaucratic constraints that prevent the full use of renewables.

Is Italy well-positioned for the winter? Minister Cingolani believes so since the national storage will probably hit 92-93%. “There is not a problem of gas quantity; winter is covered,” he said.