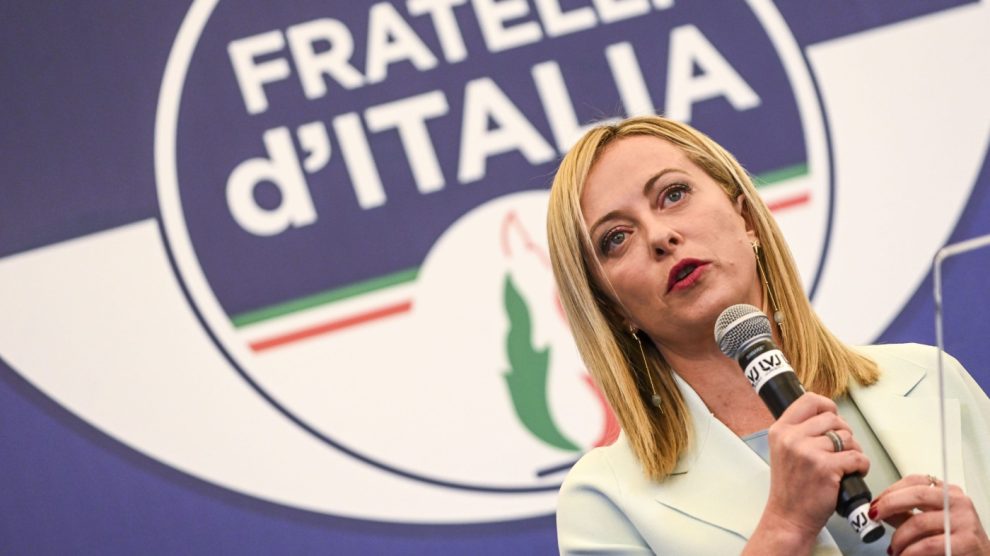 The prospective PM is not mentioned in the press release of the Israeli Ministry of Foreign Affairs. But there is no desire to boycott her – quite the contrary. Four reasons why the statement is a “courageous” move, as those working between the two countries have called it

Congratulations… Italy. Israel, through its Foreign Ministry, congratulated the Italian people “on the conclusion of the election campaign,” but without mentioning the winner: Giorgia Meloni, leader of Brothers of Italy and prospective prime minister. How come?

Not a boycott, though. At first sight, this choice relates to BoI’s post-fascist roots. However, those working between the two countries went as far as calling the move “courageous,” noting four elements “despite which” a similar message came from the Israeli capital.

The Israeli version. A diplomatic source told the Jerusalem Post that there is no desire to boycott her. That same paper interviewed Riccardo Pacifici, former president of Rome’s Jewish Community and current representative of the European Jewish Association in Italy.

If anything, the very act of sending that note demonstrates that the Israel-Italian bilateral relations are undergoing a positive phase, which is also reflected in defence and security cooperation. Case in point: there will be no shortage of messages addressed directly to Ms Meloni if and when she takes the mantle of Prime Minister.