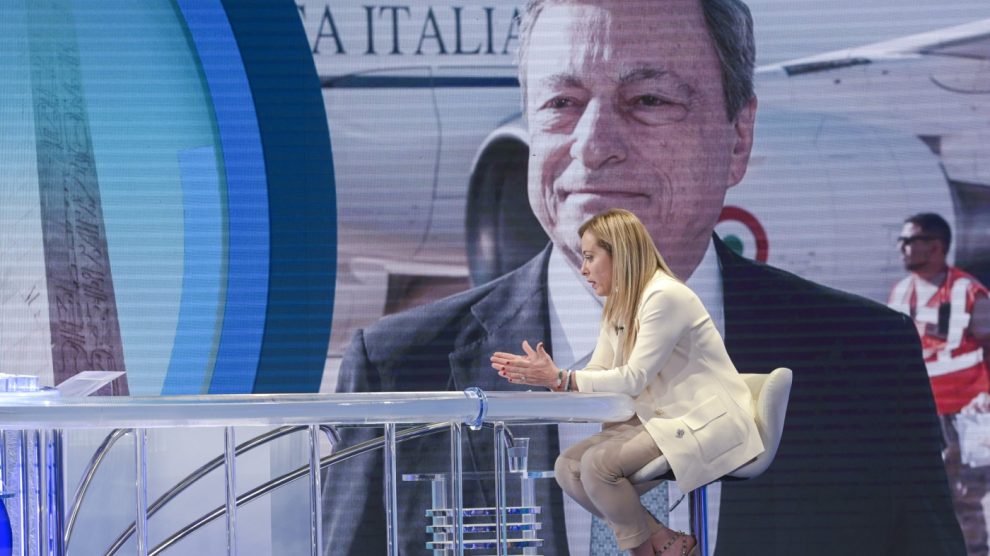 Cracks seemingly appeared in the overall smooth transition when the prospective PM criticised her soon-to-be predecessor’s management of EU funds, and he retorted that all was going to plan. Still, here’s why you should expect substantial continuity

Meloni begs to differ. Hours before, the Brothers of Italy leader – who until then had appeared cooperative and willing to undertake a smooth transition of power – had complained of the plan’s implementation. “We inherit a difficult situation: the delays in the NRRP are evident and difficult to recover, and we are aware that it will be a shortcoming that does not depend on us but will also be attributed to us by those who determined it.”

Managing expectations? According to several onlookers, Ms Meloni’s would be an attempt to distance herself from the idea of her government maintaining continuity with PM Draghi’s. However, after his pressure, she went on damage control – and assured there was “no clash” with him.

Not quite. As Decode39 reported on multiple occasions, the government handover seems to be going on smoothly, and Brothers of Italy signalled substantial continuity on several fronts – including, but not limited to, the two biggest items on Rome’s table: Italy’s support to Ukraine (including via weapons shipments) and how to tackle the energy crisis.

Bottom line. Given the ongoing crises, it’s abundantly clear that avoiding a collision course with Brussels is useful to Rome, and no less, Ms Meloni herself. Passing the buck might not work; rather, it’s fundamentally more important for her to figure out how to move forward. That only works with EU unity.