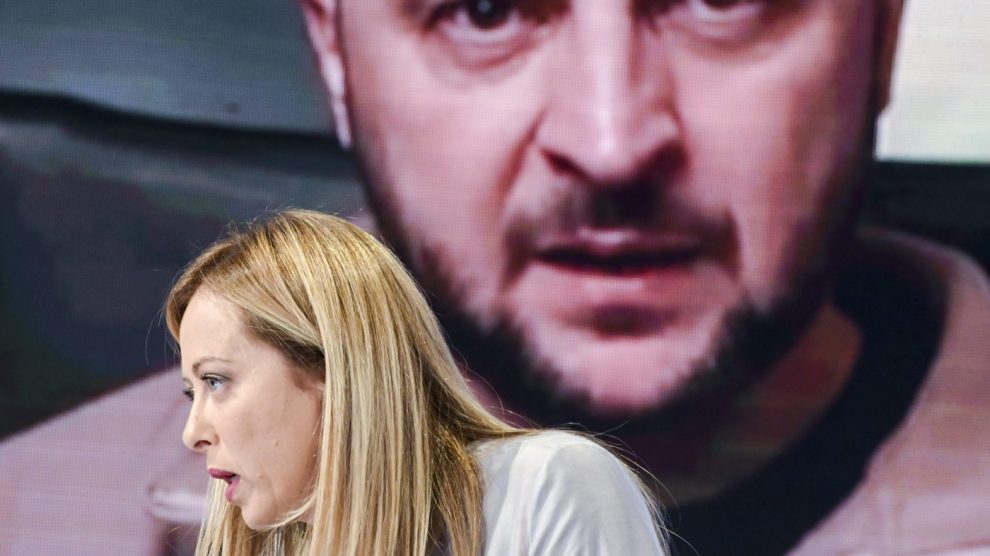 Defence Minister Guerini shared the confidential weapons list with the Intelligence Committee. Sign-off is expected by the end of the week. The prospective PM spoke with President Zelensky and assured Italy’s continued support. Meanwhile, the Five Star’s Conte promises he’ll fight the package

Rome discusses the fifth weapons package. Defence Minister Lorenzo Guerini was audited today by Parliament’s Intelligence Committee on the war in Ukraine. The meeting centred on the fifth decree set to authorise the dispatch of military vehicles and equipment to the government authorities of Ukraine.

Continuity is the name of the game. The decree will likely be signed by the end of this week and adopted by the outgoing government of Mario Draghi, as the next executive will take weeks to form. Nevertheless, prospective PM Giorgia Meloni has always agreed with PM Draghi on Ukraine. And she demonstrated it hours later.

The Meloni-Zelensky call. Later in the day, Ms Meloni had a phone call with President Zelensky, where he congratulated her electoral victory, expressed hope for future collaboration and thanked the country for the new weapons package. On her part, the Brothers of Italy leader “confirmed her full support for the cause of freedom of the Ukrainian people, reiterated that the declaration of annexation of four Ukrainian regions by the Russian Federation has no legal and political value, and stressed her commitment to any diplomatic effort useful for the cessation of the conflict,” as the post-call note reads.

Enter Giuseppe Conte. By happenstance, Minister Guerini’s hearing occurred on St Francis’ Day. On that day, 13 years ago, the Five Star Movement was born. The coincidences frenzied up its leader, Giuseppe Conte, who gathered his loyalists to prepare the counteroffensive in the sign of the pacifist saint. His version of pacifism: refusing to arm the Ukrainian resistance.

And Moscow. The Russian Embassy in Italy chose to comment on the day’s news by tweeting that “arms supplies to Ukraine do not help solve the problem of high utility bills.” This influence operation is nothing new, as we evidenced on multiple occasions: a hybrid war tactic aimed at exerting pressure on the population, fostering aversion to Ukraine and undermining social cohesion.