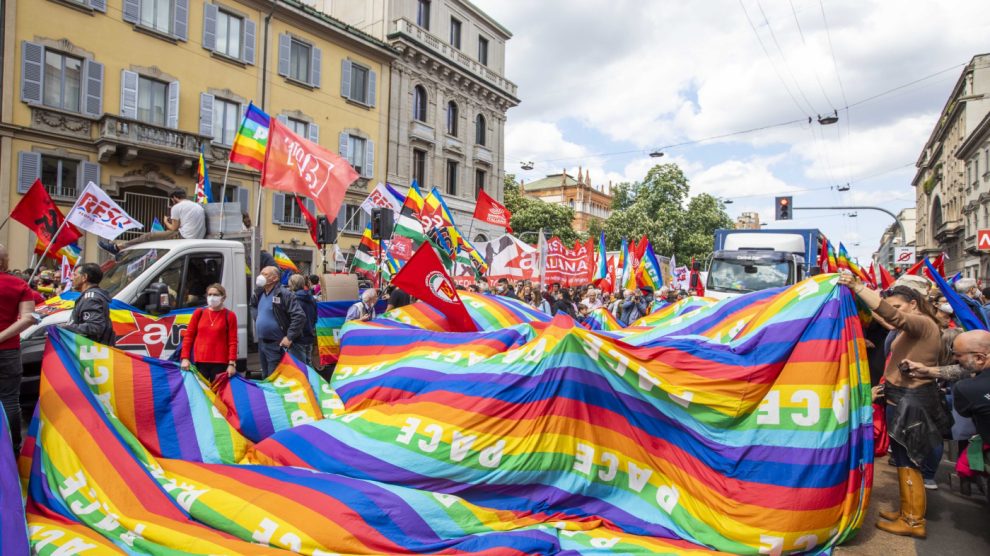 Russia wants to reverse the aggressor and victim before the world. The tangible effect is the spread of a “pacifist” movement looking for easy solutions dictated by Moscow

Putin’s spin. As noted by the EU’s East StratCom Task Force, “through the illegal annexations, the Kremlin attempts to convince the world of a role reversal, where its disinformation portrays Ukrainian forces as the invading force instead of being the liberators, to whip up patriotism among the Russian people and justify the ongoing ‘partial’ mobilisation.”

It is a real trap: Russia, i.e. the aggressor, is trying to dictate its conditions for peace by trying to keep illegally occupied territories. There is already a precedent: Crimea, 2014.

A tempting “peace”. Stirring up the nuclear threat may help Russian propaganda make inroads into the so-called pacifist world. In Italian politics, this idea proves attractive to Giuseppe Conte’s Five Star Movement, which has often shown ambivalence regarding supporting the Ukrainian resistance in the name of “pacifism”.

It is actually about survival. Issues that will have to be tackled in a future negotiation include Ukraine’s territorial integrity, human rights violations, and imbalance in nuclear armaments between the two countries.

Anti-American sentiment? In this war, a specific “pacifist” movement seems to possess anti-Americanist undertones. It avoids lashing out against Russia’s invasion the same way it did with the US presence in Iraq or Vietnam.

A shock to democracy. NATO’s eastward expansion occurred as the result of the State’s free will, a reason for “pacifists” to doubt Russian propaganda. The nightmare of a Slavic democracy on Russia’s doorstep has contributed in pushing the Kremlin to wage war.