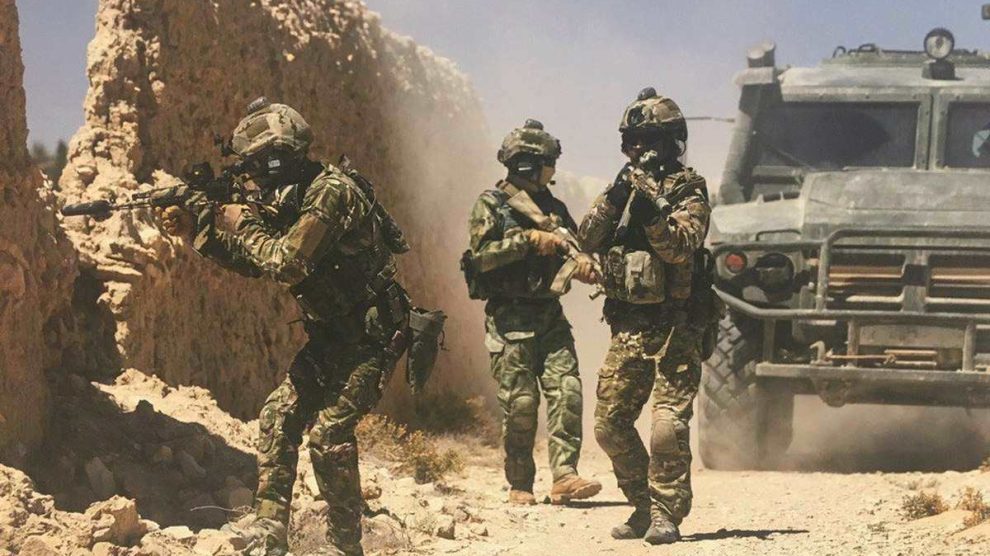 “Putin’s chef” has come out of the shadows, but nothing changed in Russia. He aims for the Donbas factories and the Kremlin’s coffers, but the quality of his mercenaries is falling, along with that of the Russian Army. The only former Wagner member to have ever spoken publicly offers Decode39 a window into the evolution of the ghost company and the Russian armed forces

That of Marat Gabidullin, 56, is a story bordering on the incredible. A veteran of the Russian Air Force, he joined the infamous Wagner Group (back then, an entity shrouded in mystery) in 2015. He was sent to Ukraine, though he did not partake in any combat operations, and to Syria, where he fought the Islamic State and where a blast wound forced him to move to the rear.

All the while, he weighed the difference between Kremlin propaganda and reality. So he left Wagner in 2019 and published his memoirs in Russia to shed light on the activities of mercenaries. The pressure he suffered forced him to leave the country. When he arrived in Europe – he now lives in France – he reworked his memoirs into another book. Moi, Marat, ex-commandant de l’armée Wagner (“I, Marat, ex-commander of the Wagner army”) was published in French by Editions Michel Lafon and in several other languages around the world.

Today Mr Gabidullin is the only former member of the Wagner Group who has ever spoken openly about its inner workings.

This interview has been edited for the sake of clarity and readability.

Mr Gabidullin, do you think you’ll ever return to Russia?

I don’t think I have that opportunity because of the situation and the dangers that might await me.

You’ve been following the war and Ukraine’s counteroffensive. What’s your take on the situation?

I think it’s complicated for Russian forces to resist the Ukrainians’ advance. They lack modern weapons, as well as skilful commanders, and the understanding of the situation on the ground comes from them. Also, Russian forces suffer from very poor training. I can say that the Ukrainians have the opportunity to recapture Kherson… It depends on their ability to seize the opportunities most efficiently.

Please briefly summarise what Wagner is.

Today, the Wagner Group is a small army. Its abilities within the battlefield are similar to those of some European armies. Mind you – I speak about the entire Wagner Group, not only the division that’s in the Ukrainian battle theatre. Wagner is in Africa, Syria and other parts of the world too.

What is Wagner for President Putin?

At first, at the beginning of its existence, it was a tool for untraditional warfare – and it was veiled in plausible deniability. Today, the Wagner Group has turned into a military force that’s an alternative to the Russian troops. It’s very hard to understand the sense of this transformation, which only makes sense in light of the crisis in the political circles.

Following years of denial, Yevgeny Prigozhin – aka “Putin’s chef” – finally admitted to being the head of Wagner Group. He also heavily criticised the top leaders of the Russian forces, Generals Sergey Shoigu and Valery Gerasimov. What’s going on?

It’s a consequence of his political goals, a way to gain more power in the inner circle around the president and secure his access to the State’s budget money. Prigozhin has many enemies inside the Russian political circle, and the highest ranks of the Russian military forces – Shoigu and Gerasimov are even more powerful. But he also has some “satellites” within the Russian forces, including General Sergey Surovikin (who recently became the new face of Russia’s invasion in Ukraine, ed). Essentially, Sorovikin is subordinate to Prigozhin.

Yes, Kadyrov is acting the same way, but I think this is a temporary alliance between the two simply because their goals align. They are very different persons, and many people within the inner circle of the Wagner Group still refer to the Chechens as enemies.

How does Prigozhin’s exit from the shadows impact Wagner Group?

I think the confession does not mean that as a private military company, Wagner can now acquire legislative status: it remains a mercenary group – technically illegal under Russian law. Staying in this grey zone allows him to keep recruiting new mercenaries while not paying taxes, for instance. He can also use the State budget found like his own.

So Wagner remains unofficial, despite Prigozhin coming out in the clear?

And what impact does this have on Russian politics?

Nothing changes in the politics of Russia.

What are Prigozhin’s goals?

Prigozhin wants to capture the economic sphere of the Donbas, its enterprises and the whole industrial area. Also, he doesn’t want to share it with anyone else. That’s why Wagner, in Ukraine, has only ever focussed on the Donbas and never taken part in battlefield action elsewhere in Ukraine, not even the assault of Kyiv at the onset of the invasion. Prigozhin is not interested in wasting his ability in other areas of the country.

How does Prigozhin’s course of action fit within Putin’s broader strategy?

It simply does. Prigozhin is absolutely loyal to the president, and their goals align. Also, Wagner is not that important in the war effort. Its operatives are only staying in parts of the frontline and Bakhmut.

What if Putin becomes politically weaker? Could Prigozhin ever vie to replace him?

In that case, naturally, Prigozhin would retreat from him. But right now, he is absolutely supporting Putin. And there isn’t a single chance he could replace him.

What does Wagner’s military strategy in the Donbas look like?

They are taking advantage of supporting artillery and airstrikes from the Russian forces and bet on insistent attacks. I’d add they are not much better than conventional Russian forces and demonstrate a lack of strategy. Not that they have the chance to show their skills – the Wagner units in Ukraine are not the same as those in Syria and Africa. There are a lot of inexperienced fighters and a lot of newly-recruited prisoners: Wagner cannot train military forces acting as a branch of State power, so they are forced to use this kind of irregular forces.

So there’s a substantial difference between the Wagner units in Africa and those in Ukraine?

Absolutely. Wagner doesn’t want to waste its veterans in this war, preferring instead to use vast numbers of these unskilful men to achieve its goals. You must understand there is a massive difference between Africa’s and Ukraine’s theatres of war. In Africa, a skilful and qualified fighter can use his personal ability to reach the goal efficiently – his skills are valuable in that area. But in Ukraine, the organised action between units and the efficient use of modern weapons are much more critical than personal qualification.

Given your assessment of the Russian forces’ current capabilities, how could the Kremlin continue to stick with its current strategy?

There is some kind of misunderstanding in the mindset of the Russian political hierarchy, an upside-down perception in the head of the highest rank of Russian politics. If you think rationally, this strategy is irregular – it doesn’t make sense from the position of reasonable men. But it is just another way of behaving if you act like a crazy person. And they are acting like crazy people… it’s like an infection, some sort of disease.

How would you say Russian soldiers perceive Ukrainians?

I think Russian soldiers believe they are getting what they deserve. They are not entirely crazy men; they consider Ukrainian soldiers to be respectful fighters. Some decide not to fight them. This war is a way to hell, and some reasonable, responsible men don’t believe it justifies the loss of their own life. 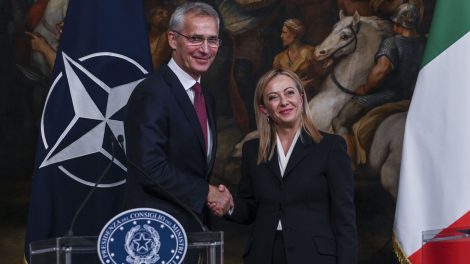