Home » Oops, Berlusconi did it again! His latest on Zelensky, Putin and the war 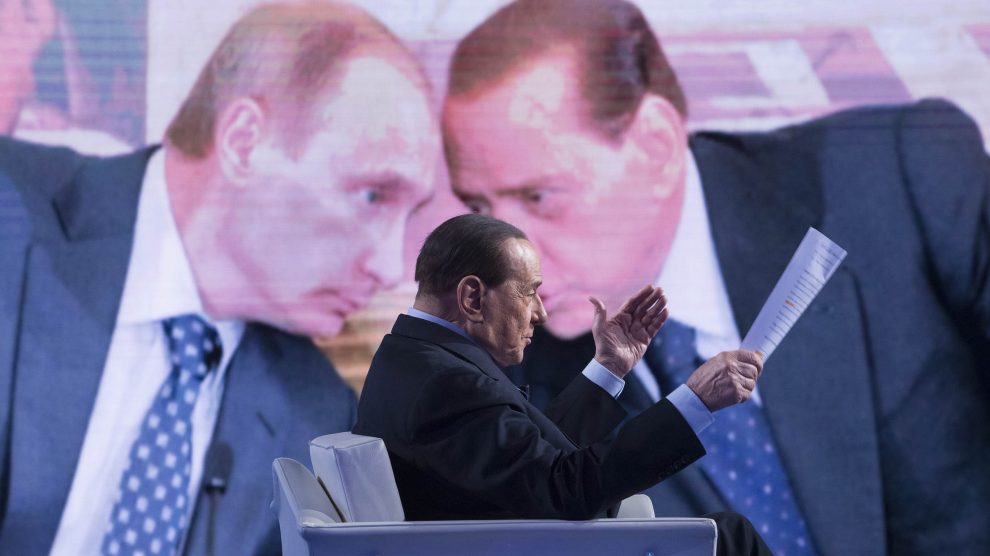 While former PM Silvio Berlusconi states the West should not support Kiev militarily but economically to rebuild its cities, thereby pressuring Zelensky to sit at the negotiating table, former US Secretary of State Mike Pompeo warns that supporting Kiev must be a priority

It’s warm out but… winter is coming. Excerpts from a book, to be published in Italy on Friday, leave no room for doubt: according to former PM Silvio Berlusconi “If Ukraine understood that it can no longer rely on support and weapons [from the West] and, instead, if the West promised to send hundreds of billions of dollars to rebuild its devastated cities, perhaps, is this scenario Zelensky, might finally agree to sit at the negotiating table”.

A great tempest, indeed. While Berlusconi’s recent audio leaks on his position over Ukraine already stirred controversy, they could be ascribed more easily as incomplete conversations or as taken out of context by detractors. Mr Berlusconi’s, as reported in the book, comes across as a patriotic supporter of the West and its values while simultaneously describing Mr Putin as “a man of peace”.

…meanwhile in Washington DC. Mike Pompeo, former United States Secretary of State and CIA Director, is known for speaking his mind. As guest of honour at the National Italian American Foundation (NIAF) Gala venue in DC on 29 October, he stated “They are wrong [Silvio Berlusconi and Matteo Salvini] on Ukraine, and I told Mr Salvini so”. He added that he is “very worried” by the war and Russia’s nuclear threat.

The US political front, divided on Ukraine. Similar divided views on Ukraine, as those present in Meloni’s government, with Matteo Salvini, leader of the League and Silvio Berlusconi, leader of Forza Italia, who do not support or are ambigous on what type of support should be given to Ukraine, also exist in the US. Mr Pompeo, who according to some is already planning to run for President in 2024, did not tame his words for them either.

First contact: Meloni’s trip to Brussels (and what lies behind it)
Verona’s pro-Putin forum moves to Baku to please sanctioned oligarchs