Home » First contact: Meloni’s trip to Brussels (and what lies behind it) 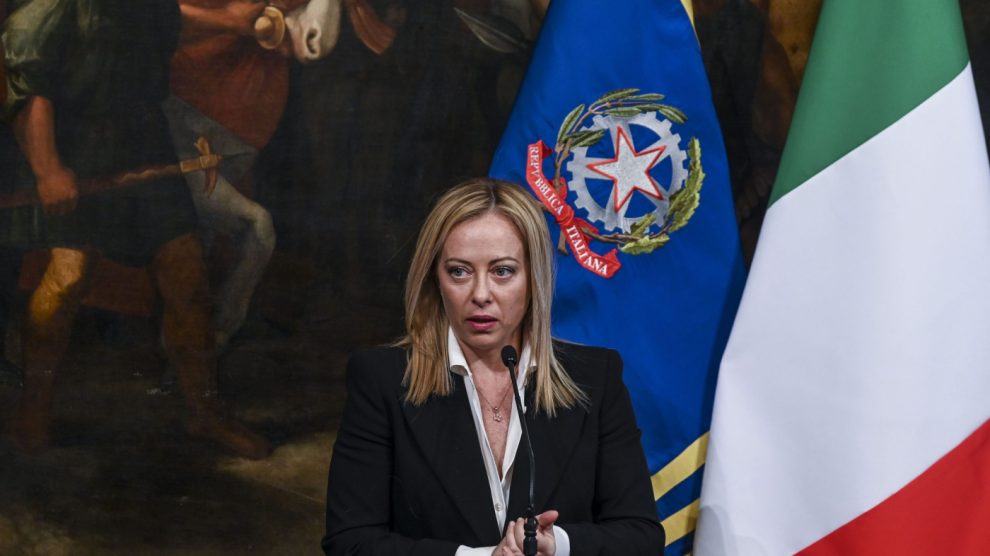 The new Italian PM will travel to Brussels and meet with the European Union’s top officials on Thursday. The ongoing crises and the National Recovery and Resilience Plan will be the flashpoints in her government’s relationship with the EU

Europe, meet Meloni. The office of the Prime Minister released her official schedule for her first trip abroad in her new capacity: Brussels, Belgium, on Thursday, to meet with the top officials of the European institutions. She will meet with:

A pivotal moment. PM Meloni’s trip to Brussels will be especially important for two main reasons. First, it’s her official European “christening” – a defining passage in her institutionalisation process. And second, it will most likely produce some indication regarding her government’s room for manoeuvre on the National Recovery and Resilience Plan.

Flammable matter. Most recently, the NRRP became a flashpoint of the handover from Ms Meloni’s predecessor, Mario Draghi. He assured the country that the plan’s implementation was well underway after she maintained the opposite. Although she later assured there was “no clash” with him, the tension that arose showcased the matter’s sensitivity.

Taking stock of Giorgia Meloni’s first trip to Brussels
Oops, Berlusconi did it again! His latest on Zelensky, Putin and the war