Home » Rome, we have a problem. Berlusconi stands with Putin, again 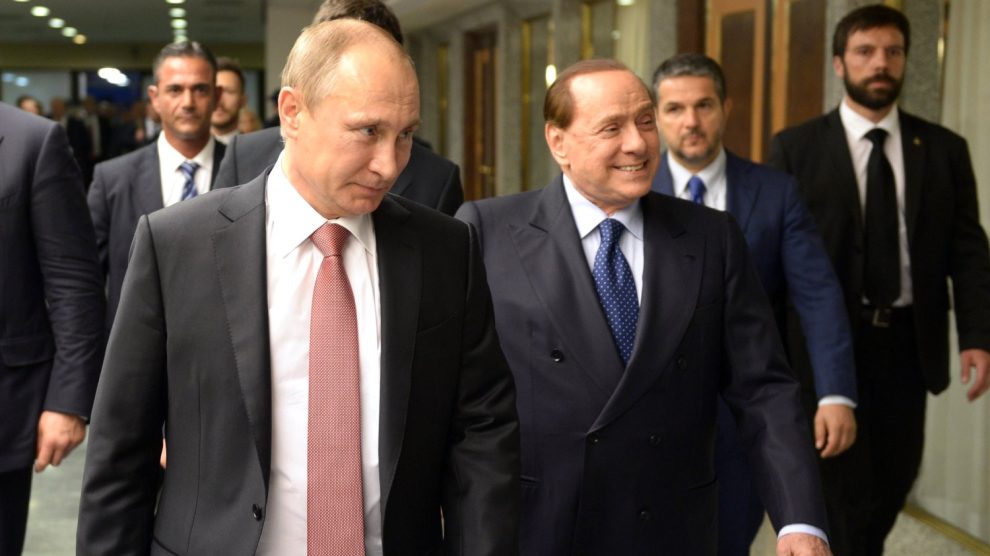 In another leaked audio, the former PM – and supposed Atlanticist mainstay of the majority coalition – recounts a version of Ukraine’s recent history and Russia’s invasion that adheres to the Kremlin’s playbook. Meloni threatens not to form the next government if it’s not NATO-aligned

Whoops, Silvio did it again. Mr Berlusconi made waves on Tuesday when LaPresse released leaked audio of him saying he had reconnected with Russian President Vladimir Putin and even exchanged liquor bottles and “sweet letters.”

That wasn’t all. LaPresse doubled down on Wednesday, releasing yet more leaked audio of the Forza Italia leader recounting a Kremlin-inspired version of Ukraine’s recent history. This exercise in revisionism offers a Russia-touted explanation of what led President Putin to invade the country and ultimately why “there is no possible way” he can mediate with Ukrainian President Volodymyr Zelensky.

Mr Berlusconi’s story. The former PM (and longtime friend of President Putin) starts by narrating that “Ukraine and the two newly-formed Donbas republics” signed an agreement in 2014 in Minsk, promising not to attack each other. A year later, Kyiv disregards the agreement and attacks the two “republics,” which suffer casualties “that reach, I am told, 5-6-7 thousand dead.” Then Mr Zelensky is elected and “triples the attacks on the two republics,” which are “desperate” enough to send a delegation to Moscow and ask Mr Putin to defend them. “He is against any initiative, he resists, he is under heavy pressure from the whole of Russia. So he decides to invent a special operation: the troops were to enter Ukraine, reach Kyiv in one week, depose the incumbent government – Zelensky and so on – and establish a government already chosen by the Ukrainian minority of decent, sensible people, and go back [to Russia] in another week. He entered Ukraine and was faced with an unforeseen and unforeseeable situation of resistance from the Ukrainians, who began to receive money and weapons from the West from day three. And the war, instead of being a two-week operation, became a two-hundred-and-odd-year war. So, this is the situation of the war in Ukraine.”

That’s got to hurt. The first leak dismayed onlookers, along with coalition ally Giorgia Meloni, who’s slated to form Italy’s next (and staunchly Atlanticist) government in a matter of days. Given that the likely next PM and her party openly support Kyiv and favour military aid, Mr Berlusconi’s remarks are set to whip up another storm – one that might imperil the creation of the next government, where his party is supposed to feature prominently, along with the unity of the centre-right coalition.