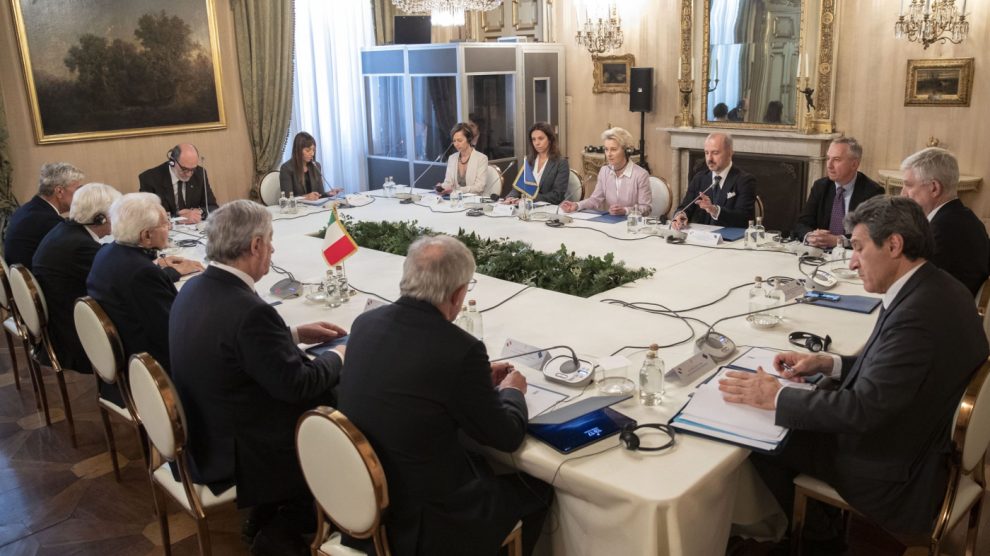 While in Milan, the European Commission President met with President Mattarella – who called for an “effective and realistic” gas price cap –, Prime Minister Meloni and Foreign Minister Tajani, with whom she took stock of Italy and the EU’s “excellent” dialogue

Ursula von der Leyen’s day in Milan. The European Commission President travelled to the Northern Italian city on Wednesday for a series of events – including talks at Bocconi University, lunch at the Prefecture and the season’s opening at La Scala Theatre – along with President Sergio Mattarella, Prime Minister Giorgia Meloni and Foreign Minister Antonio Tajani.

A European success story. Speaking with FM Tajani, President von der Leyen discussed Italy’s National Recovery and Resilience Fund – bankrolled by the EU to the tune of €190 billion, of which 67 have already been delivered upon Rome’s completion of the required reforms.

The energy issue. Italy has been pushing to cap Russian gas prices since spring and was among the EU countries that rejected the Commission’s latest proposal, as it deemed it too high. Speaking on Wednesday, President Mattarella called upon Ms von der Leyen to provide a figure that is “realistic and effective.”

The fiscal shift. Taking stock of Italy’s long-standing request to reform the EU’s budget rules, the European Commission President spoke of Brussels’ intention to “restructure its policy on State aid” – which will help the bloc compete with the US and China’s subsidies on key industrial sectors.