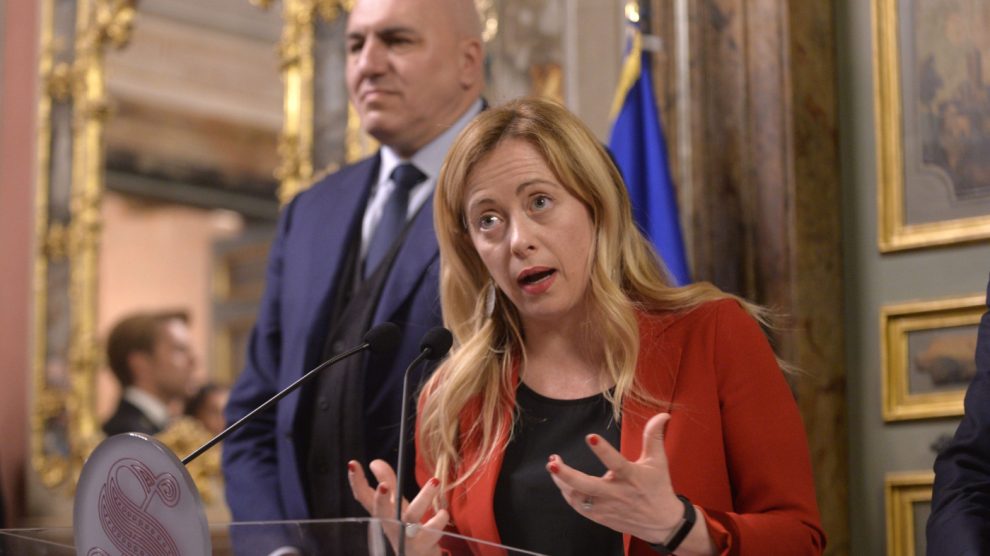 In order to assist the Ukrainian people, “military aid is also necessary,” said the Italian PM while speaking to MPs, who supported her stance by approving resolutions. Meanwhile, the Defence Minister also touched on how the government would deliver additional military aid if need be, promised to work towards 2% of GDP in defence spending

Meloni sets out Italy’s position on Ukraine. “We are proud of the great solidarity shown by Italy to the Ukrainian people during this dramatic period.” Thus spoke the Italian Prime Minister in her communications to the Lower House ahead of the European Council, detailing the country’s position as she will relay it there.

Parliament supports the government. The Senate approved (143 in favour, 29 against) the majority’s resolution on extending military support to Ukraine. The chamber also approved two resolutions (144 in favour, 28 against) along the same lines, presented by the Democratic Party and the Azione/Italia Viva alliance, both at the opposition.

Weapons packages. Pursuing the goal of assisting Ukraine entails “military aid as well,” noted the PM, “because […] beyond easy propaganda, there are two possible conditions for the cessation of hostilities:” surrender (in Ukraine’s case, resulting in an accomplished invasion) or “a substantial balance, a stalemate, between the forces on the ground,” which would force “those who have invaded to desist and come to milder advice.”

What could be in it? Right at the beginning of 2023, that sixth package could arrive on the government’s table: as ANSA reports, due to the arrival of winter and Russia’s intensified bombing of strategic targets, Kyiv might request air defense missile systems to protect the country’s critical infrastructure.

NATO spending. Other nations “have put a lot more into the Transatlantic alliance than we have: more economic resources, more military contribution, more investment,” and thus gained more clout, remarked the defence minister. “And that has always worked out well for [Italy], because it has allowed us to have very low-cost security and enjoy an umbrella of protection funded by others.”

War, peace and sanctions. Sanctions on Russia are “painful for our productive fabric” but have an effect on Russia, said Mr Crosetto. The PM, for her part, remarked that “Moscow’s costs must be higher than those borne by Europe – which is why we will watch the effects of [sanctions], especially on energy,” as “defending the national interest also means not passing on to the Italians the costs of the just sanctions on Russia.”

Beyond the war: rethinking the global order. “I am convinced [that] when the conflict is over, the international community will have to completely rethink the architecture of security and international relations,” said Minister Crosetto. “The United Nations as we modelled it after World War II has now been held hostage for a decade by the system of cross-vetoes that limit its main task: that of preventing the many conflicts in the world from degenerating into war.”

Bulgaria: NATO’s Italy-led battlegroup is up and running
Italy’s Defence, between NATO and the Med. Conversation with MP Minardo