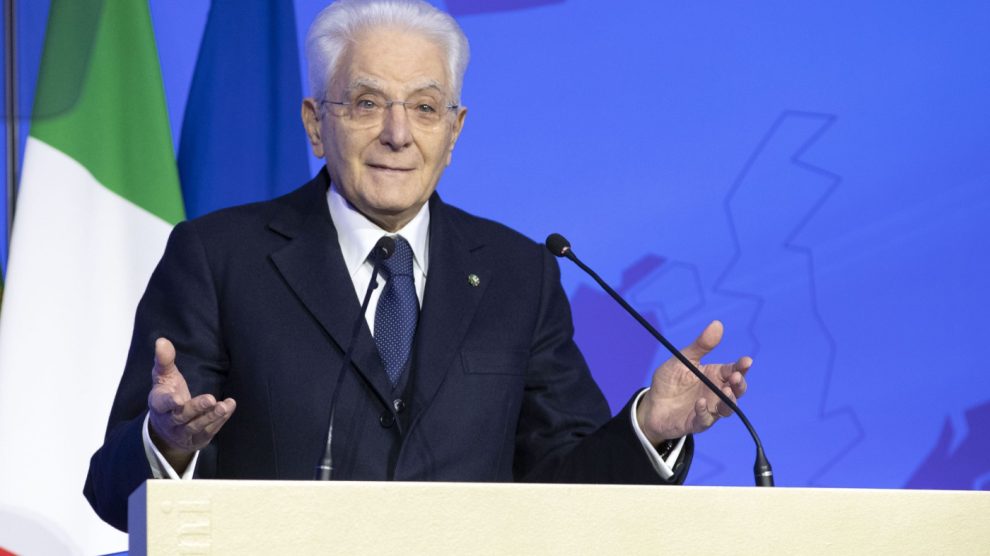 In a first, the Italian President expressed “his personal indignation” to the newly-appointed Iranian Ambassador, urging him to relay a clear message to Tehran: “end the violence against the population, immediately”

Mattarella didn’t spare words on Iran. According to an official note, President Mattarella “expressed the Italian Republic’s firm condemnation, and his personal indignation, at the brutal repression of the demonstrations and the death sentences and execution of many demonstrators” in Iran.

Human rights are Italy’s red line. During that meeting, President Mattarella urged the ambassador to relay to the Iranian authorities “the urgency of an immediate end to the violence directed against the population. The respect with which Italy looks to its international partners and their legal systems finds an insurmountable limit in the principles of the Universal Declaration of Human Rights,” stresses the note.

Cross-institutional harmony. The move was agreed, per diplomatic practice, with the Italian Ministry of Foreign Affairs. Deputy Foreign Minister Edmondo Cirielli also attended the meeting. His party, Brothers of Italy, filed a motion – whose first signatory is Senator Giulio Terzi di Sant’Agata – to designate the Islamic Revolutionary Guard Corps as a “terrorist entity.”

Italy’s nuclear woes… In the same hours, Rafael Mariano Grossi – Director-General of the International Atomic Energy Agency – was in Rome, where he met with President Mattarella and Minister Tajani. “We support monitoring of nuclear activities, starting with Iran,” stressed the latter.

… and civil society calls. Davood Karimi, President of the Association of Iranian Political Refugees residing in Italy, wrote to President Mattarella expressing, on behalf of the mothers, fathers, children, wives and husbands of the fallen, “our immense joy” at his firm and determined stance against the death sentences and his call to stop executions and violence in Iran.