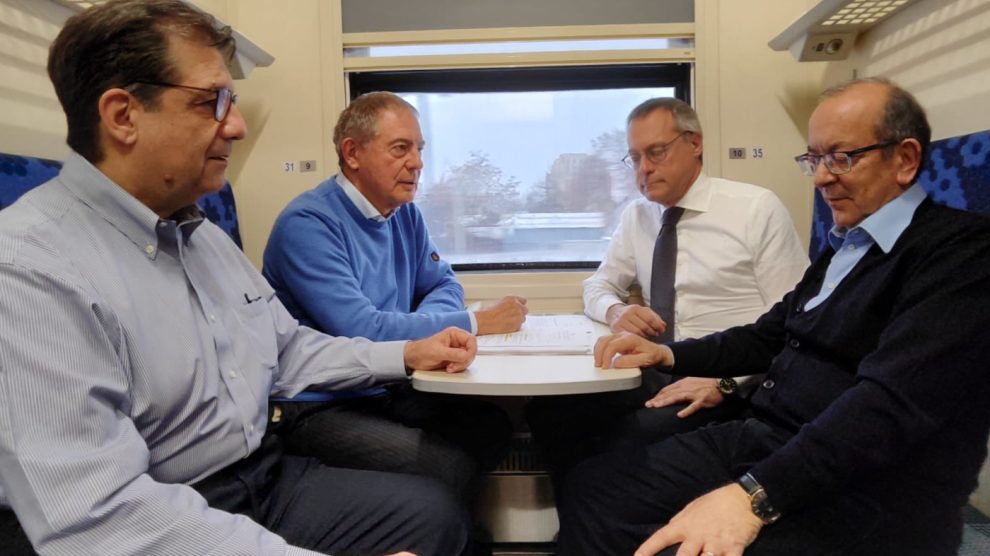 Following a slate of new military, logistical and humanitarian aid efforts, the official is again headed to Ukraine to work towards rebuilding the country’s energy infrastructure – and coordinate an ad-hoc conference, to be held in Rome next March – and ready PM Meloni’s visit in the coming weeks

Weapons, enterprise and humanitarian aid: Italy’s recipe for Ukraine. Italian Business Minister Adolfo Urso is headed to Kyiv, following a host of institutional actions in support of the Ukrainian resistance.

A returning guest. Mr Urso first travelled to Kyiv right before the September elections to assure the support of his and Prime Minister Giorgia Meloni’s party (especially in case it ended up governing, as it did). This time, he’s back as minister “to reiterate Italy’s solidarity with the Ukrainian people and agree on the new measures that the government intends to prepare on the basis of the parliamentary mandate.”

Business equals reconstruction. The mission’s first act is the inauguration of Ukraine’s Confindustria desk at the Italian Embassy, featuring President Bonomi and the Italian Ambassador in Kyiv, Pier Francesco Zazo. The office will be instrumental in coordinating industrial and technological cooperation between Rome and Kyiv, as the two lay the foundations for future partnerships for the reconstruction of the country.

Protecting power supply. A month ago, while visiting Italy, United States Deputy Secretary of State Wendy Sherman emphasised the importance of humanitarian aid in the harshest phase of winter. And beyond sending equipment to rebuild the grid, Italy is working to deliver air defence systems – through the sixth military aid package – essential to protect crucial energy infrastructures.

PM Meloni’s future visit. Last week, Ambassador Talò spoke with Jake Sullivan, National Security Advisor to United States President Joe Biden. On that occasion, the two had reiterated their country’s criticism of Russia’s aggression against Ukraine, including attacks against the country’s critical infrastructures, as stated in a White House note, and reaffirmed “their commitment to providing Ukraine with assistance, including support for Ukraine’s energy resilience and the military equipment needed to defend Ukraine’s sovereignty and democracy.”