Home » Opportunities and challenges of an Afghanistan-centered G20 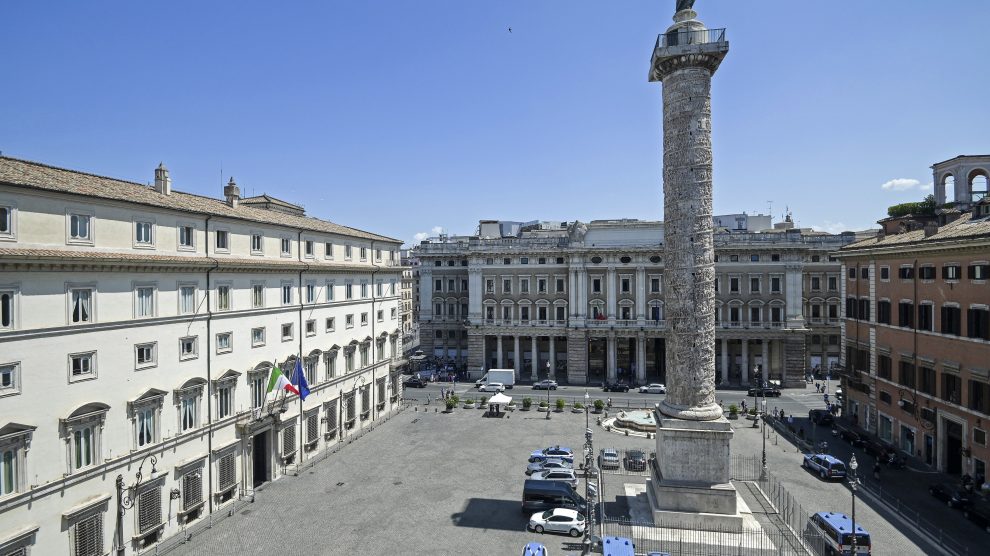 Ambassador Giovanni Castellaneta argues that a Group of Twenty meeting on Afghanistan can be a vital opportunity for the stabilisation of the country as well as indirect objectives, such as relations with Russia

The geopolitical and strategic puzzle taking shape in Afghanistan is becoming more complex by the day. Finding a solution to the confusion created after the hasty withdrawal of NATO troops won’t be easy.

However, the international community (and the West first and foremost) cannot withdraw from a crisis that requires a broad, multilateral and shared approach to try to compose the several interests at stake, both internally and externally, in the Central Asian country.

How to go about this? Firstly, we should establish a baseline: that is, averting the reenactment of endemic and permanent civil wars, such as those already seen in Iraq, Syria, and Libya.

Not only would this avoid fomenting political instability, it would also minimise further suffering for the Afghan population – already exhausted by decades of violence – and the chance that  international resources from humanitarian aid would be diverted into increased military spending.

Furthermore, a new international mission meant to counter the spread of terrorist organisations would be destined to produce negative outcomes in the long term (as the very recent past taught us).

The current situation is the now-matured result of the Doha Agreements, signed in early 2020. In fact, those agreements practically handed Afghanistan to the Taliban, albeit with a longer timescale than the one we’ve witnessed.

The agreements sidestepped the complexity of the Afghan situation, where tribal and ethnic solidarity outweighs the stability of the institutions and the nation – the latter, as we have seen, melted like snow in the sun within a few days. Additionally, the terrorist infiltrations that have plagued Afghan lives for years have made this context even more tangled.

In short, the failure of the NATO mission and today’s troubles derive precisely from these agreements, which deemed the Ghani government already doomed and excluded other States with interests in Afghanistan.

In essence, it was a handover between the United States and the Taliban, decided without consulting third parties. A planning error on the Americans’ part, which we Italians also followed up by delaying our exit strategy and hastening the evacuation of our compatriots and the Afghans who had collaborated with us.

Now that the situation seems to have gotten out of hand, we must keep a level head and plan the next steps in two phases. In the short term, we must address the health and humanitarian emergency linked to the return of terrorism. In the medium to long term, we need a plan that aims to guarantee the country’s stability, inasmuch that will be possible in this extremely divided and fragmented context.

The extraordinary meeting between G7 leaders must be welcomed positively, because it showcased willingness on behalf of the countries that were more directly involved (and which therefore have a sort of moral responsibility towards Afghanistan) to face the immediate emergency.

On the other hand, however, a G20 meeting could yield a more structured and far-sighted response, if only because of its more inclusive format, which allows most of the actors interested in exercising their influence in the country to sit around the same table.

The impact of the G20 summit will also be measured by timing. If the extraordinary summit called for by Italian Prime Minister Mario Draghi were to take place within a few days, it could foreshadow what we might see at the United Nations General Assembly scheduled for the end of September. If it were to take place after the UN summit instead, then it should make the outcomes of the latter discussions operational and more pressing.

The inclusiveness of the G20 could allow for the pooling of the different positions and interests at stake (even those outside the format) and the identification of a common strategy. From Saudi Arabia to Iran, from Turkey to China, as well as India and Pakistan. These countries are often rivals, but they could find a solution through the G20.

Pakistan, for example, would like to exert a stronger grip on Afghanistan (with which it shares a consistent part of its border), but it may be tempted to turn a blind eye to terrorism to take advantage of its neighbour’s continued instability.

Meanwhile, Iran has an interest in protecting Afghanistan’s existing Shiite minority. Whereas Russia and China want to avoid the spread of Islamic fundamentalism in the former Soviet republics and in the Xinjiang region, and to regain political and economic control in the area.

Italy has a promising opportunity ahead. It helms the G20, which – as its composition is more responsive to the dynamics of today’s world – has in fact supplanted the G7 on the political scene.

Rome can also count on a government which is currently very authoritative in Europe, due to Mr Draghi’s prestige as well as the electoral deadlines in Germany and France, which in turn render German Chancellor Angela Merkel and French President Emmanuel Macron two “lame ducks”.

Furthermore, our Foreign and Defense Ministries (which were led with caution during this phase by Ministers Luigi Di Maio and Lorenzo Guerini) have demonstrated that they are able to expertly cope with situations of heightened emergency.

Our Prime Minister (along with Sherpa Ambassador Luigi Mattiolo, who is working to develop a shared final communiqué) will have to prepare the ground for an agreement that could be struck among the leaders at the G20 summit in late October.

The summit could result in a mandate for Italy to create and animate a “contact group” between countries that are interested in having an active role in Afghanistan. This could become reality within a few months in an international conference.

It is an important opportunity not only for the stabilization of Afghanistan, but also in view of indirect objectives, such as Italy’s relationship with Russia. In this sense, Russian Foreign Minister Sergej Lavrov’s recent visit to Rome may have served to prepare the ground, and also discuss his policy in the Mediterranean, from Syria to Libya to Iraq.

The inclusion of Moscow in this process could then prepare it for its return in the G7, should it finally be possible to close the painful chapter of sanctions. As Mr Di Maio said, Russia is an “unavoidable” interlocutor – and as such it’s possible to involve Moscow without considering it our ally.

Hopefully Italy will be able to lead a successful diplomatic initiative. Hoping that the Taliban will be open to dialogue, in order to fight the Islamic State terrorists, who have curiously morphed themselves into a “common enemy”.

Moreover, what happened on Thursday at Kabul’s airport shows that the Taliban too have their headaches. If we do not act fast, their problems could quickly become ours too.