Home » Libyan PM hit with vote of no confidence 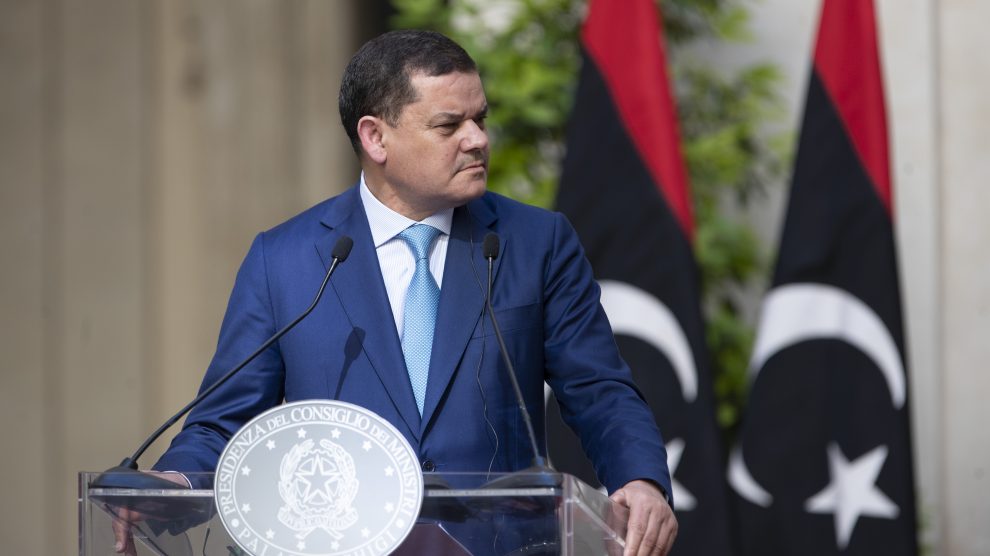 Parliament voted against the UN-appointed PM, weakening the UN-backed executive and complicating a political situation that can only be resolved through elections

Roughly 80 MPs voted against Abdul Hamid Dbeibah’s government on September 21st, complicating the situation in Libya. The Libyan executive was acting under the aegis of the United Nations, which are leading the stabilisation process triggered with last year’s ceasefire, and had an interim mandate to ferry the country to the elections, scheduled for December 24th.

The situation is delicate, political confrontation is imminent. UNSMIL, the UN mission in Libya, specified that the no-confidence vote has no value. Mr Dbeibah announced that he did not recognise the Parliament’s act, and so did the High Council of State. The government has called a rally for Friday. The situation testifies how important the elections are to bring instability to an end.

A government elected by the Libyan people could be seen both inside and outside Libya as more legitimate. That is, it would be stronger, more able to manage the extremely sensitive issue of foreign armed units in the country, including through diplomatic support by major players such as the US. At the same time, it is precisely the upcoming election – what with the drafting of the electoral law and the internal clashes – that’s producing these shocks.

The risk behind such political earthquakes is always the same: they might trigger a drift leading to the rekindling of armed conflict, as certain external actors are not directly involved and therefore can move their proxies without excessive engagement.

Recently, Italian ambassador Giuseppe Buccino along with special envoy Nicola Orlando met with the two sides of the two factions clashing over the electoral law – the Parliament and the High Council of State. The two were also aiming to reduce rifts and iron out tensions.

In the last few hours, France has offered Italy the opportunity to co-chair the international conference that Paris would like to host on November 12th. That summit, aimed at providing diplomatic assistance to the election process, was rife since birth with complications linked to the temporal context.

Italy and France, along with Germany – which is set to lead a special session of the UN General Assembly on Libya -, the entire EU and the US, have the complex role of keeping the bar straight and exerting all their diplomatic pressure on so that the following months proceed in an orderly fashion. That is to say, the electoral law should be determined and voted upon quickly, so that the country may proceed on the path towards unhindered voting.

Otherwise, internal blunders and destabilising external interests risk hampering that path. For months, Libyan political actors have held secondary positions, aligned with the UN roadmap, while the progress of the (two) draft electoral laws seems to have caused a return to hostilities.

Clearly, what happened yesterday weakens Mr Dbeibah’s government, because theoretically and technically the current executive can only deal with current affairs. The government that emerged from the UN-backed Libyan Political Dialogue Forum cannot take important decisions at the moment. This makes it weak and results in a loss of international legitimacy. Voting – the election of a president, a parliament and consequently an executive – is all the more important.