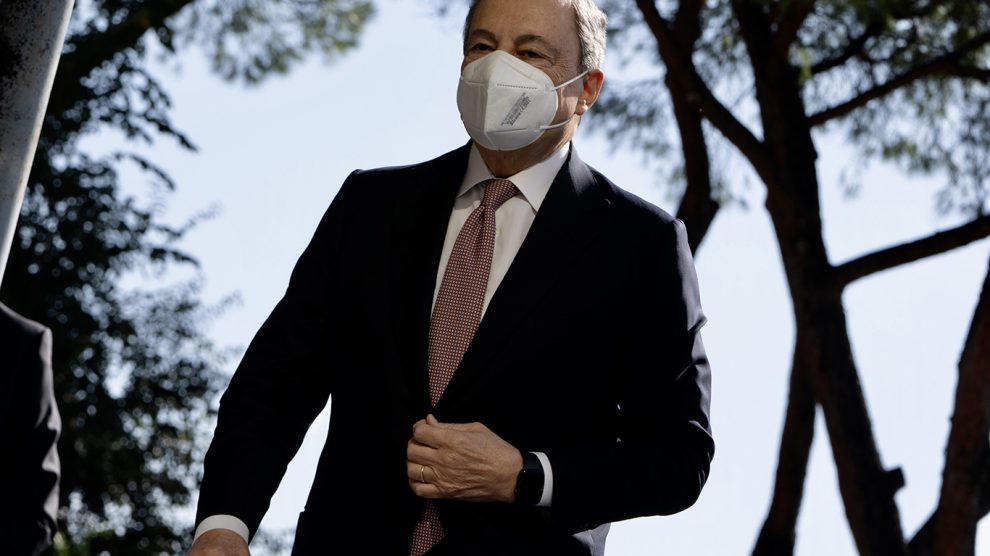 As the Italian PM called the Russian President, Foreign Minister Di Maio is doing the legwork at the UNGA. Here's how Rome is focussing on organising the G20 summit on Afghanistan

The situation in Afghanistan and the Group of Twenty summit centred on it were the key matters being discussed during Wednesday’s phone call between Italian Prime Minister Mario Draghi and Russian President Vladimir Putin, according to a statement by the Italian government.

The rather dry formulation (there’s nothing else in the statement) doesn’t seem to spell good news for the impromptu G20 meeting, called for by Mr Draghi shortly after the fall of Kabul and ideally scheduled for October – although it’s unclear if all of the members will ultimately convene in Rome.

The Kremlin’s communiqué offers more insights. Regarding Afghanistan, “Both sides expressed their intention to cooperate in order to prevent the risks of the spread of terrorism, extremism and drug-related crime.” The two then emphasized “the importance of fostering an inter-Afghan dialogue, taking into account the interests of all groups of the population.”

“Particular attention [has been] paid to the topic of post-conflict reconstruction [in] Afghanistan, including in relation to the activities of the G20, which Italy is chairing this year,” reads on the Russian note. “In this context, the issues of the upcoming G20 summit were discussed.”

Mr Draghi and Mr Putin had first spoken by telephone not a month ago, shortly after Kabul was captured by the Taliban, while Italy was trying to set up the G20 leaders meeting on Afghanistan before the final G20 summit in October. The Italian PM had stated that he deemed non-G7 countries critical for an actionable Afghanistan strategy.

Later on, when Russian Foreign Minister Sergey Lavrov visited his Italian counterpart in Rome, the former reacted coldly to the prospect of a G20-wide approach on Afghanistan. Nonetheless, the later statement by Russia’s newswire Tass seemed to confirm that Mr Putin will indeed partake in the meeting, should it end up happening.

It’s a long way to the final event. In September the key difficulties had to do with China, which has always seen the G20 as a forum for economic, rather than political, issues. Beijing’s approach may hinder the development of any initiative that the G20 leaders may have in mind.

Regardless, Mr Draghi’s government is doing the legwork. On Wednesday, alongside the ongoing United Nations General Assembly, Foreign Minister Luigi Di Maio chaired a meeting of G20 Foreign Ministers on Afghanistan “to encourage the exchange of ideas and opinions on what contribution the Group can make to current international efforts in relation to the Afghan crisis.”

According to the Foreign Ministry readout, the event was attended by UN Secretary-General Antonio Guterres, sixteen foreign ministers (including those of the US and China, as well as France, Germany, the UK, India and Spain) and the heads of the International Monetary Fund and the World Bank.

Among the items on the agenda, the “timely and effective action to prevent a humanitarian catastrophe and the country’s economic collapse, especially in view of the upcoming winter season.” Hence, “the guarantee of free, safe and unrestricted access to humanitarian assistance is fundamental,” along with  “the restoration of the full operational capacity of the Kabul International Airport.”

The issues of security and extremism (cause for “deep worry”) were brought up, along with the need to uphold women’s rights and the Afghan’s “legitimate aspiration for peace and wellbeing” as guiding lights of any international activity regarding the country.

Italy’s effort in New York goes precisely in the direction envisioned by Mr Draghi, a multilateralist approach to a complex, all-encompassing crisis. It’s early to understand if such a format will bear any fruit other than these statements. Eerily, the Foreign Ministry’s note does not mention the extraordinary G20 summit.