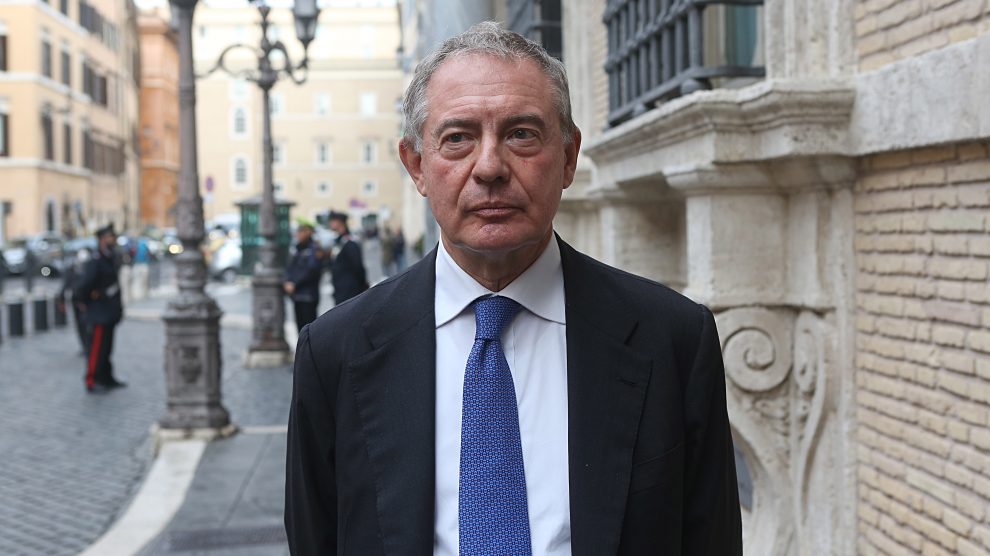 The President of the Italian Parliament’s intelligence oversight committee takes on the upcoming security challenges, as the country looks to a comprehensive treaty with France and the threat of Chinese foreign investments

Finding a balance between investment and security is necessary, even if it is not easy. Since Mario Draghi became Prime Minister, Italy has been treading carefully regarding China, which is both a partner and a rival.

For Adolfo Urso, MP and President of COPASIR (the Italian Parliament’s intelligence oversight committee), the country’s new foreign policy stance is good news. Especially after years of ups and downs between Italy and its historical allies, the United States and the EU. “One must appreciate the government’s increased focus on national security challenges,” he told Decode39.

Mr Urso is a senator of the one political force currently at the opposition – Brothers of Italy (Fratelli dIItalia), the right-wing party founded and led by Giorgia Meloni. Still, his overall judgment of this new course is favourable. That is particularly the case for Italy’s control over foreign direct investment.

“We have already pointed out the presence of Chinese capital and companies in Italian strategic assets,” he recalled, “both in COPASIR’s recent report on cybersecurity and 5G, and another report on the financial and insurance assets of the country.”

These days, the Italian government is evaluating whether to use the Golden Power regarding the possible acquisition of TIM, the largest telecommunications company in Italy, at the hands of the American fund KKR. However, this case is very different, as Mr Urso explained.

“The Golden Power is a defence tool. Useful, sometimes effective, but not always sufficient,” the senator told Decode39. “In this case and above all else, I believe we must have a strategic industrial policy that by its nature unfolds over time, with full awareness and convergence on objectives and methods of intervention.”

These are busy days for Italian national security. This week the Italian government will sign the Quirinal Treaty, a multifaceted cooperation agreement with France, reportedly including defence, security and trade agreements.

For France, this is an opportunity to strengthen relations with the European ally after a tension-riddled period. Two years ago, the government led by the League and the Five Star Movement endorsed the jilet jaunes protestors, triggering a diplomatic crisis between Rome and Paris.

Under PM Draghi, however, the wind has changed. Senator Urso is convinced that “decisions on this matter are up to the government and then to Parliament.”

Meanwhile, COPASIR has launched three investigations on space, energy and defence. “These dossiers are expressly at the heart of the Treaty”, he said. Parliament must have the final say, he added, lamenting the government’s failure to involve the Committee. “Perhaps a prior interlocution would have been useful in the spirit of full and loyal cooperation between the State bodies.”

Everything you need to know about the Quirinal Treaty
Innovation between Italy and the UAE. Di Maio flies to Dubai (after DefSec Austin)