Home » Not on my watch: how Draghi is protecting Italy’s chips from China 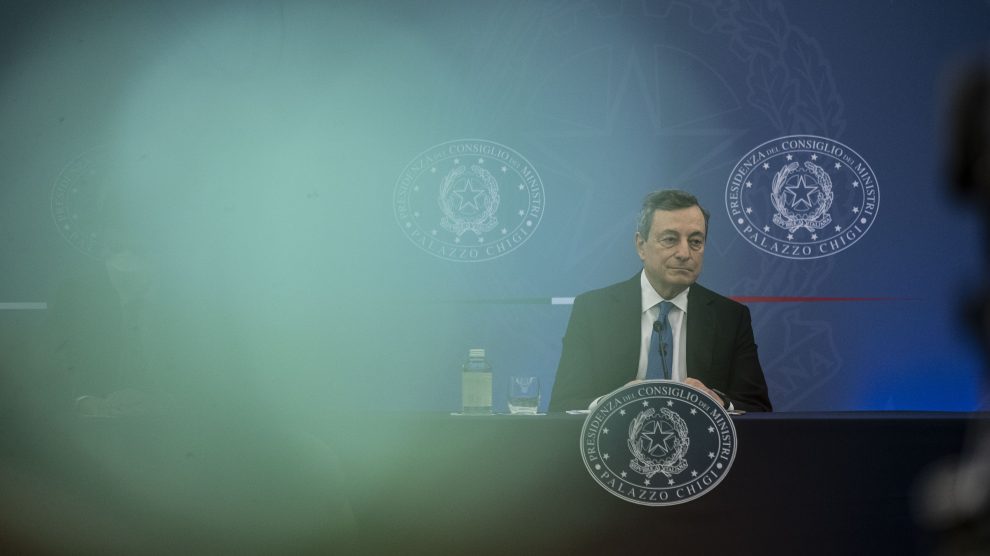 The Italian PM has not shied away from using the State’s “Golden Power” to fend off Chinese takeovers of tech assets. He’s also seeking to boost the semiconductors industry by investing heavily and attracting major players. Here’s how Italy is moving on microchips

Mario Draghi is upping its game to nurture, protect and sharpen Italy’s high-tech industries. On Tuesday, Reuters reported his government had vetoed the third Chinese takeover since he became prime minister earlier this year due to its potential impact on the semiconductor sector.

The deal that didn’t make the cut entailed a joint venture between Zhejiang Jingsheng Mechanical, a Chinese silicon-making company, and the Hong Kong arm of Applied Materials, a US-based group producing machines used to manufacture semiconductors and other high-tech components. The company’s screen printing equipment business in Italy would have been affected.

According to Reuters’ sources, the recommendation to veto that deal came from none other than Giancarlo Giorgetti, the Minister for Economic Development and the main driving force behind the expansion of Italy’s high-tech industrial and commercial prowess.

The timing is urgent. Pandemic-induced stress on supply chains underscored the crucial, cross-industry importance of semiconductors, increasingly ubiquitous as the digital transition steams ahead. And Italy, along with the rest of the EU, is painfully aware of its dependence on American and Asian-supplied chips.

In concert with the rest of the Union, Italy intends to accelerate and reap the benefits of the digital transition by betting on growing its industries, strengthening its supply chains and attracting foreign players.

Mr Giorgetti himself is in advanced talks with American semiconductor titan Intel to host a major packaging plant – the final assembly point in the microchip supply chain – in Italy. That would require Rome to co-finance the operation.

Meanwhile, €50 billion are earmarked for the country’s digital, innovation and culture sectors in the next five years under the country’s National Recovery and Resilience Plan (NRRP), which is mainly bankrolled by loans and funds from the European Union’s Next Generation EU plan. A large part of that sum will inevitably end up in technological – and thus semiconductor-related – endeavours.

At the EU level, officials in Brussels recently split over how much to support the European semiconductors industry via State subsidies – in line with all other major industrial players, from the USA to China, Taiwan and South Korea –  and whether that amounts to breaking the bloc’s strict competition laws, a stance taken by traditionally “frugal” States.

In that instance, Rome stood with Paris and Berlin, who set up camp in the “expansionist” faction led by Internal Market Commissioner Thierry Breton, who underscored the strategic importance of microchips. As outgoing German Chancellor Angela Merkel recently said, building a competitive industry is “essentially impossible without state subsidies.

Margrethe Vestager, Executive Vice President of the European Commission and top antitrust official, approved the use of dedicated State subsidies to support the green and digital transition. She also announced an extension to the expansive temporary State spending framework until June 30, 2022. All of which bodes well for the growth of the European tech sector.

Everything you need to know about the Quirinal Treaty
Not just drones: China’s CRRC snatched more Italian tech