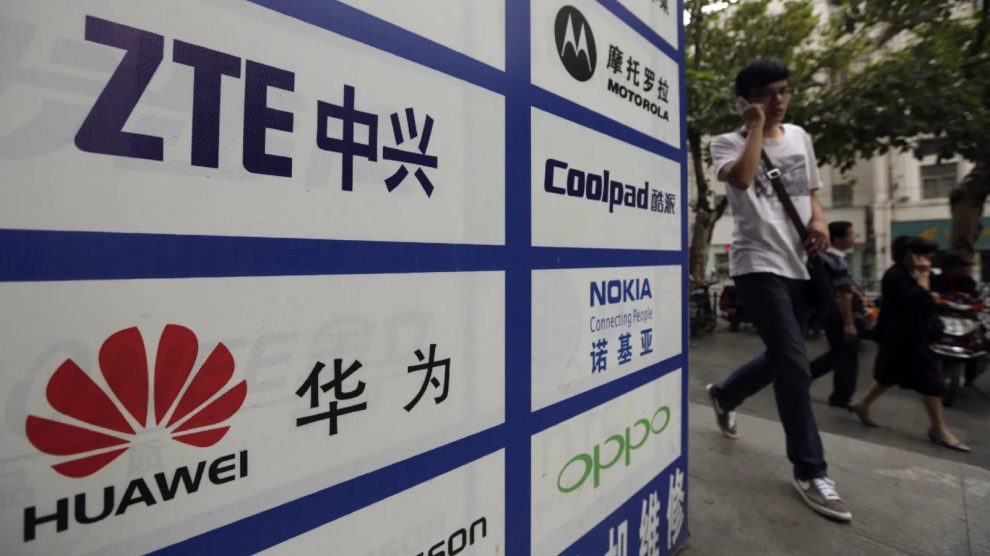 Chinese companies are still in the race for the country’s digital transition and 5G. Notwithstanding Draghi’s hardline stance, Italy remains a sensitive market for Beijing, and that changes its communication. Here's how

Even with Mario Draghi leading the government and despite his repeated limitations on 5G and strategic sectors, major Chinese tech companies Huawei and ZTE don’t seem willing to abandon the Italian market.

Two years ago, the Italian Parliament’s intelligence oversight committee (COPASIR) invited the previous government to evaluate the possibility of “excluding the [companies above] from the activity of providing technology for 5G networks.”

Since then, governments have issued several prescriptions and a veto to secure the infrastructure and communications from the so-called high-risk suppliers. Meanwhile, the National Cybersecurity Perimeter is nearing completion, with equipment scrutiny and a hard-to-clear requirement bar for non-EU companies being a key part of it.

Still, both Huawei and ZTE have changed tack to keep their market presence. Their most recent press releases seem to confirm that 2021 would be less of a “wolf warrior” year. Both speak little of 5G and centre their communication on other topics.

Gone are the days when Luigi De Vecchis, president of Huawei’s Italian branch, thundered against the “discrimination” the company suffered in Italy based on evidence that “do not exist” – yet it was only a year ago. Moreover, last year’s summer, ZTE Western Europe President Hu Kun was telling HuffPost that he “had seen great efforts on behalf of the Italian government to remove several obstacles to the deployment of 5G antennas.”

Today, among Huawei’s latest initiatives is a project with WWF Italy for environmental monitoring and protection in three nature reserves, while ZTE supports an initiative to combat violence against women. And they have indirectly enlisted the unknowing help of senior Italian politicians.

On November 25, the International Day for the Elimination of Violence Against Women, Senator Annamaria Parente – from Italia Viva, the party of former PM Matteo Renzi – and President of the Health Commission opened ZTE’s presser. The day before, President Hu had participated in a conference at the Center for International Studies titled “Foreign Investments and Internationalisation: a strategy for Italy” together with Bruno Tabacci, Undersecretary to the Prime Minister, Marco Elio Rottigni, head of the International subsidiary banks division of Intesa Sanpaolo (Italy’s biggest banking group), and Adolfo Urso, a Brothers of Italy senator and president of COPASIR.

Similarly, Chinese diplomacy in Italy has also toned down. A year ago Li Junhua, the Chinese ambassador in Rome, wore his “wolf warrior” hat (it wasn’t the first time) to defend two Chinese companies that have always proclaimed themselves independent from the government in Beijing. “We reject the attacks on 5G, which cannot be politicised; there is no evidence of insecurity nor backdoors,” he said back then.

These are all critical sectors due to their relevance in the NRRP, their importance in the ecological and digital transition and the amount of sensitive data they contain. Their participation could rekindle the concerns that have already emerged on the role of Chinese companies – Huawei and ZTE – in 5G. Here’s what Formiche.net wrote back then – it was September, but it’s still relevant today.

This alleged win-win, the workhorse of Beijing’s diplomacy to argue that Chinese investments bring benefits to both sides, is viewed with suspicion by many. For instance, COPASIR […] turned the spotlight on how the NRRP’s funds will be used (and on the Alpi Aviation affair). The United States, too, took an interest in the case. Suffice it to say that at the end of June, during his first visit to Italy, the American Secretary of State Antony Blinken told Repubblica that “when investments arrive from other countries, it is imperative to perform the required checks on their origin. Above all, [one must] keep in mind the needs of national security, of Italy as well as of other countries.”

The risk, which Americans and Europeans understand well, is that part of the hundreds of billions of euros from [the NRRP] will go to China, rather than to European companies, Corriere della Sera noted on the same occasion. And the Italian Plan is Europe’s most significant, as it includes €47.5 billion for the digital transition.

The two Chinese companies emphasize the differences: “ZTE is an absolutely transparent company, we are listed on both the Hong Kong and Shenzhen stock exchanges, and we make our company comply with any international code,” said Mr Hu to HuffPost. At this stage, however, both seemingly want to abandon their “wolf warrior” postures in order not to be cut off from the multi-billion dollar digital transition that Italy can no longer postpone.