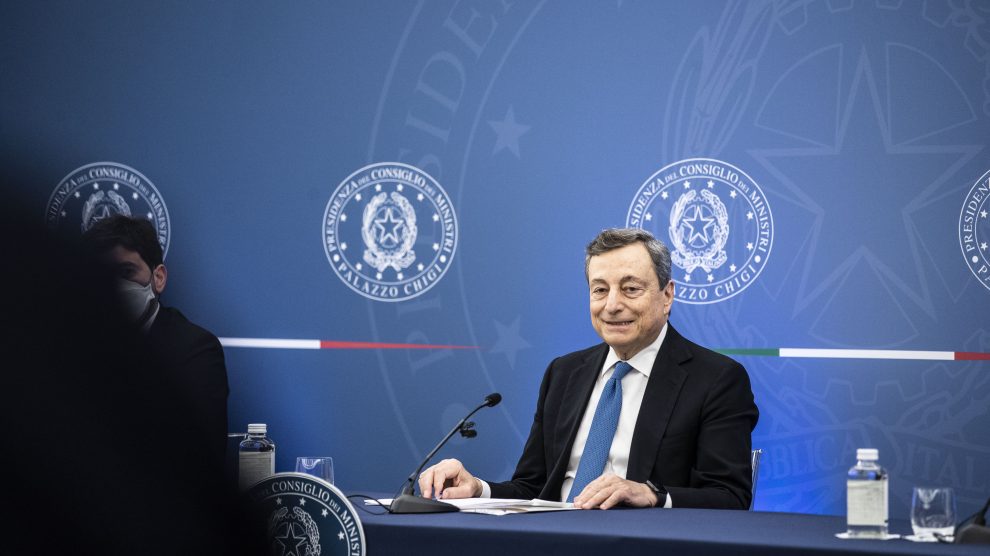 Speaking at ISPI’s Med Dialogues, the Italian PM remarked on Italy’s full support for the upcoming Libyan elections. He also touched upon Tunisia, the Israeli-Arab world normalisation process, Iran and Iraq, as well as energy, Italy’s and the UE’s role in the Mediterranean region

Italy “strongly supports” Libya’s political transition and peace process, said Prime Minister Mario Draghi during his speech at the Med Dialogues – the conference organised by ISPI with the Ministry of Foreign Affairs, an established and influential annual hub for meetings between ministers, institutions, analysts and companies.

December 24, the scheduled date for Libya’s first parliamentary elections, is fast approaching. The PM recalled as much and sought to renew his appeal to all political actors for the vote to be “free, fair, credible and inclusive […] Only in this way will Libyan institutions be solid and democratically legitimised.”

“The Paris conference of November 12, co-chaired by Italy, France, Germany, Libya and the UN, reaffirmed the international community’s unity and around this goal and confirmed that only a Libyan-led process can lead to a full and lasting solution to the country’s crisis,” he said, adding that successful elections and the deriving institutional stability would “facilitate the withdrawal of mercenaries and foreign fighters.”

Later on, the Italian leader expressed his country’s closeness to Tunisia, as demonstrated by Rome’s vaccines shipments to Tunis in July. “We are confident that the country will overcome the current state of emergency and cope with the urgent economic and social needs,” he continued, stressing the need to identify a “clear and shared” political path that, through the appointment of the new government, “can resume the functioning of the institutions, starting with Parliament.”

Israel, Palestine and the Arab world

He then moved on to the normalisation of relations between Israel and the Arab world, towards which Italy is “looking very carefully”. Casting his mind back to the Israel-Gaza missile crisis in May, the PM  spoke of “restart[ing] international efforts in favour of the peace process,” and reiterated the need to embark on a path towards “a two-state solution [that’s] viable, fair and directly negotiated between the parties involved.”

As for Iran and the ongoing struggle to progress the international deal known as JCPoA, Mr Draghi stated Italy’s intention of “maintain[ing] a demanding but constructive dialogue, also with regard to nuclear non-proliferation.” We are witnessing with interest new dynamics of cooperation, he added, stressing how Italy has invested a great deal in the region.

Regarding neighbouring Iraq, he called Italy’s commitment “significant.” He reminded that Italy is “contributing to the gradual process of expanding the NATO mission, which we will command for a year starting next May.”

The bottom line of the PM’s speech recalled Foreign Minister Luigi Di Maio’s foreword to the event. Cooperation between the Mediterranean countries cannot be limited to bilateral relations, said Mr Draghi, nor can it be limited to crisis management – it must be developed from the perspective of sustainable, shared, long-term growth; to “further strengthen the social and economic ties that unite us and to better address the challenges we face, such as climate change, which sees the temperature in the Mediterranean area rise higher than the global average.”

The shared natural resources of the Mediterranean countries make a shared energy policy “desirable,” he continued, stressing the need to foster renewable energy generation such as wind and solar power. The prospects offered by green hydrogen – i.e. clean hydrogen produced via electrolysis, fueled in turn by entirely renewable power – are also “fundamental.”

The PM also spoke of capitalising on the region’s plentiful natural gas resources, “as a source of transition in the medium term, and plan together for the development of green and digital transition in the coming years.” In other words – and as the underlying theme of the event, “Leveraging Transitions,” suggests – energy could become a significant driver of prosperity for the entire region through cooperation.

Italy and the EU’s role

The PM then spoke of Italy’s steadfast support for the European Union’s Mediterranean agenda. “The transitions underway […] create space for a path of stability and prosperity. At the basis of these objectives, there must be a shared vision for the Mediterranean, not as a southern border of Europe but as a cultural and economic centre,” he concluded. 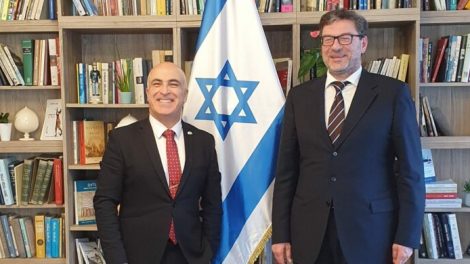 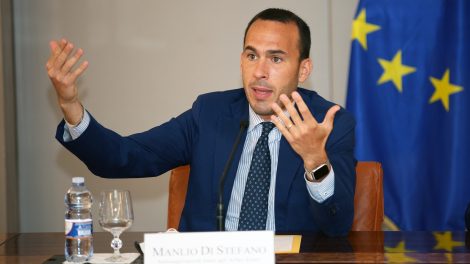 Rome worries about the situation in Kazakhstan, a trading partner as well as a key player in Central Asia that’s “decisive for regional stability,”...