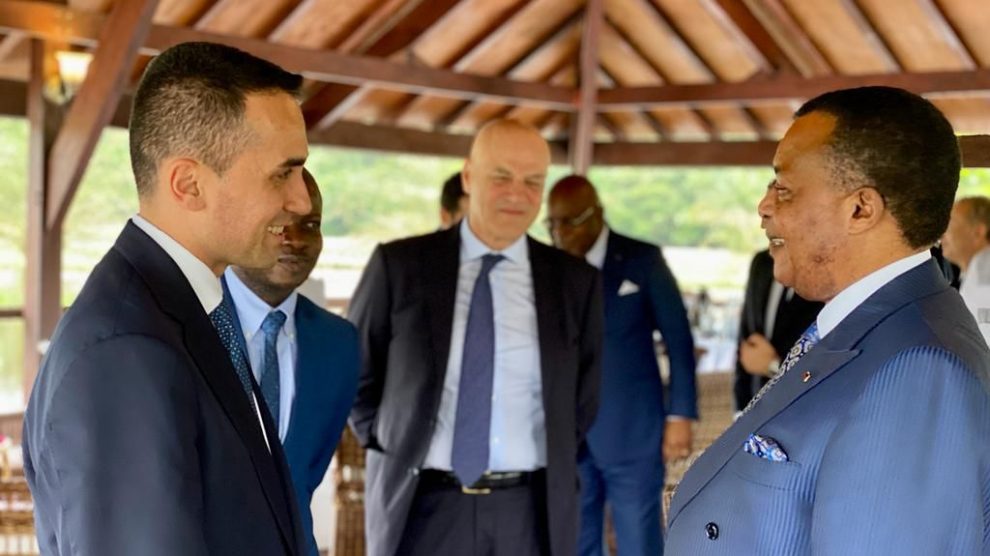 FM Di Maio’s trip to Angola and Congo is only the latest in a string of diplomatic visits to Africa and the Middle East, as the Ukrainian war pushes Italy and the EU to secure sources of natural gas outside of Russia

Italy’s Minister of Foreign Affairs, Luigi Di Maio, visited Angola and the Republic of Congo over the weekend in an effort to diversify Italy’s gas supply. The trip follows his previous visits to Algeria and Qatar, where he negotiated new supply agreements.

“In light of today’s meeting with the President of the Congolese Republic Denis Sassou N’Guesso, I can confirm that our countries will strengthen their energy partnership,” wrote the FM in a Facebook post.

“After Algeria and Qatar, this is another important piece of news. Another step forward that allows us to consolidate the Italian plan for energy security,” he added, thanking Italian energy major Eni and its CEO Claudio Descalzi for the work done so far.

North Africa and the Middle East are becoming increasingly important sources for Italian natural gas, as war in Ukraine drives up energy prices. Energy dependence on Russia has become a significant security risk for many European nations.

Italy, which imports over 40% of its natural gas from Russia, is particularly vulnerable. In his post, Mr Di Maio reiterated the Italian government’s commitment to countering “the effects of the war waged by [Vladimir] Putin, making our country increasingly independent of Russian gas.”

Rome’s effort is conducted in coordination with the rest of the EU. The European Commission recently unveiled REPowerEU, an ambitious plan to reduce the EU’s demand for Russian gas by two thirds before the end of 2022, and eliminate all dependence on its energy by 2030.

“The quicker we switch to renewables and hydrogen, combined with more energy efficiency, the quicker we will be truly independent and master our energy system,” said Commission President Ursula von der Leyen in a statement.

Despite its goals of becoming independent from Russian energy, the Commission has resisted banning Russian gas imports. The EU is expected to institute new sanctions on Russia cracking down on oil giants Rosneft, Transneft and Gazprom, though it will continue to purchase from them.

The United States, which is significantly less dependent on Russian energy than Europe, banned the import of Russian oil, liquified natural gas and coal last Tuesday.

At the moment, Italy receives its non-Russian gas from Algeria (27.8%), Azerbaijan (9.5%), Libya (4.2%) and Northern Europe (2.9%). Algeria and Italy are connected by the 2,000-kilometre-long Transmed gas pipeline. Gas from Libya arrives in Gela via the Greenstream pipeline, which is co-owned by Italian energy company Eni and the National Oil Corporation (NOC) of Libya.

The Trans-Adriatic Pipeline, transporting fuel from Azerbaijan to San Foca, is another pipeline looking to increase gas supply to Italy. Luca Schieppati, managing director of the TAP, announced that the pipeline’s capacity can be expected to increase from 10 to 20 billion cubic metres per year by summer.

In little more than a year of operation, TAP has sent 9.5 billion cubic metres of gas to Europe, about 8 of which have been received by Italy.

Image: Twitter profile of the Italian Ministry of Foreign Affairs