Home » From Tokyo to DC: how Draghi weaves the democratic front 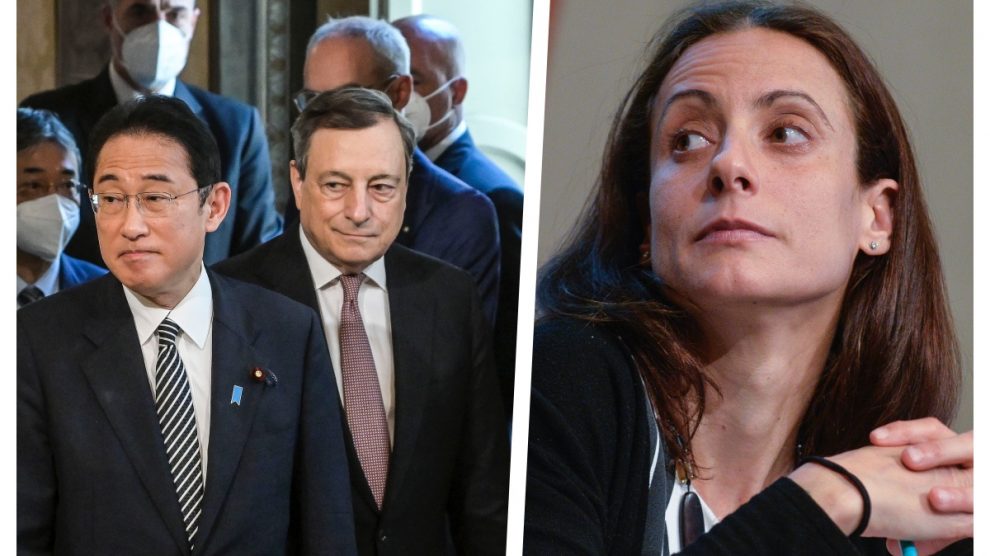 As the Italian and Japanese Prime Ministers meet, Nathalie Tocci (IAI) explains the two countries’ crucial role in reinforcing the unity of global allies and countering Putin’s efforts against the West and the broader rule-based global order

Close as ever. On Wednesday, Italian Prime Minister Mario Draghi welcomed his Japanese counterpart Fumio Kishida in Rome for talks. In the ensuing presser, the two stressed the excellent health of relations between their countries and vowed to reinforce collaboration on a range of issues.

Security in Ukraine… Italy and Japan remain united in “implementing sanctions of unprecedented severity” on Russia, declared PM Kishida, adding that they would also keep upping their aid to Ukraine.

…and in the Indo-Pacific. Italy, the EU and Japan share the importance of stability and security in the region, said Mr Draghi. “We must continue to stand united and resolute in defence of the rules-based international order – also in reference to the China Seas and in the Straits.”

The expert’s take. Decode39 reached out to Nathalie Tocci, world-class geopolitical expert and director of the Italian Institute for International Affairs (IAI). Here’s her readout of the global situation.

“As the United States President Joe Biden never fails to remind us, the Russian war in Ukraine must be placed within the context of an overarching clash between democracies and autocracies. Vladimir Putin wants to present the Ukrainian resistance as a great Western crusade against Russia.

It is crucial to counter this view. To do so, we need to build a broader system of alliances that leverage common values and visions. Italian PM Mario Draghi can use the political capital he accumulated last year with his presidency of the G20.

In this context, Japan plays a fundamental role. Tokyo is clearly aligned with the Western alliance. It’s also a key actor in communicating with those countries in the so-called grey zone, starting with India.

Avoiding the “West versus the Rest” scenario – Mr Putin’s primary objective – is a priority for Europe and Italy. In this challenge, Rome has a proven track record in speaking with everybody and a foreign policy informed traditionally by principled pragmatism. It can play a crucial role in this context in reaching out to countries in Asia, Africa and Latin Americas.”